In Five Nights at Freddy's you'll have to survive 5 nights at your new summer job. You have to try out this game if you're into the Survival Horror genre 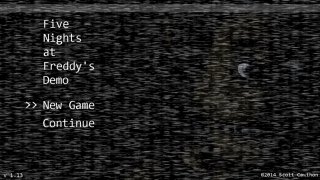 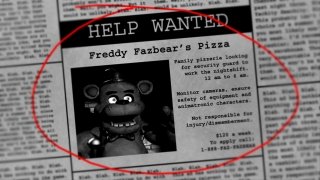 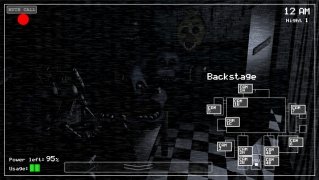 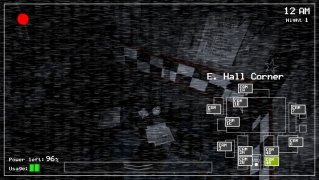 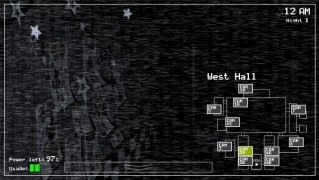 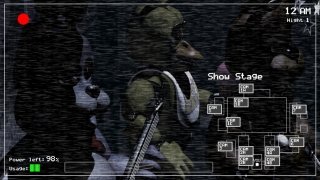 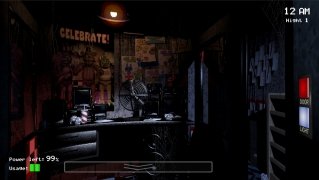 This title is one of the most striking indie games at present. In this terrifying game you'll come across plenty of flickering lights, whispers and strange sounds in the middle of the night that will definitely get your heart beating like mad.

I bet won't last for more than 20 minutes playing this horror game.

Five Nights at Freddy's is a game in which you'll feel real panic. It's not suitable for people with heart conditions, or any other person afraid of the dark. In fact, most users that have tried the game haven't even been able to complete an hour of gameplay.

Will you manage to survive the night?

Framed within the Survival Horror genre, you'll become Mike Schmidt, the night watchman of quite a strange place. Your new job at Freddy Fazbear's Pizza will bring you a few upsets. The guy who worked there before you decided to switch to the day shift!

But why? Well, basically because when night falls, whispers and strange noises can be heard in this restaurant, and its few lights start flickering. Taking a look at old newspaper cuttings, you find out that five kids disappeared from the restaurant and nobody ever saw them again. In these strange circumstances, your mission will be to survive five nights... Five nights at Freddy's that can seem extremely long.

Don't let those teddies into your office!

Do you think you're alone? In the restaurant you'll be accompanied by some nasty animatronic beings that come to life at night. We're talking about Freddy Fazbear, Bonnie the Bunny, Chica the Chicken and Foxy the Pirate Fox, the teddy bears that cheer up the restaurant during the day.

Get hold of Five Nights at Freddy's, also known as FNAF, and start enjoying this highly acclaimed indie terror game.

Five Nights at Freddy's Android 1.84
Other languages
We use our own and third-party cookies for advertising, session, analytic, and social network purposes. Any action other than blocking them or the express request of the service associated to the cookie in question, involves providing your consent to their use. Check our Privacy Policy.