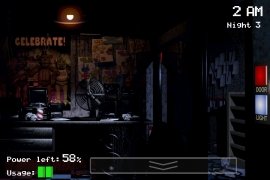 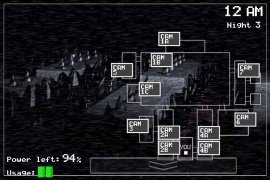 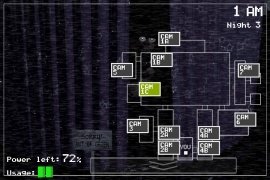 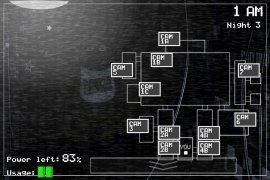 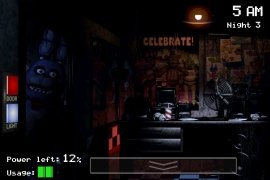 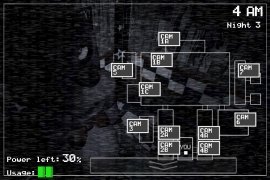 The proliferation of smartphones, whether Android or iPhone, has encouraged independent studios to develop loads of apps and games. That's how we've come across thousands of games created by small indie developers, many of which have been very successful in terms of both ratings and download figures.

One of the most successful indie games

That's the case of Five Nights at Freddy's that was released back in 2014, reaching a huge recognition among gamers from all over the world that have downloaded it massively despite not being free.

You're probably already very familiar with the plot behind FNAF: it's a survival horror video game in which you've been hired as the night watchman of a pizzeria that is dwelled by animatronics. From the security cameras, you'll witness strange movements and happenings that are very disturbing.

Don't take your eyes off the restaurant's scary animatronics.

As you've probably gathered from the name of the game, you'll have to spend five nights there trying to do whatever it takes to protect yourself and survive... and taking into account that you haven't got the best electricity installation.

This adventure game has led to sequels of the likes of 2, 3, 4, and Sister's Location (considered as part 5), and on YouTube, you can see what the future Five Nights at Freddy's 6 could look like, without being official yet. Download the APK of the first game of Scott Cawthon's saga and find out how it all started.