Minecraft: Story Mode for Android is a kind of graphical adventure based on the sandbox game in which your decisions have an impact on the action's outcome 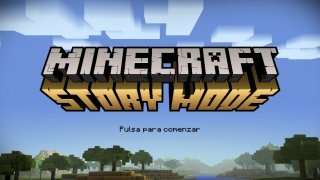 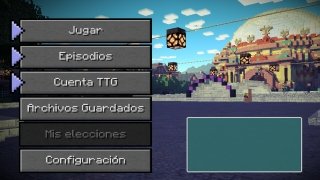 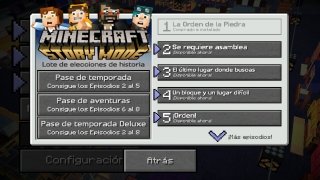 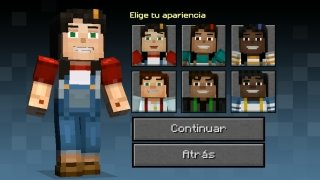 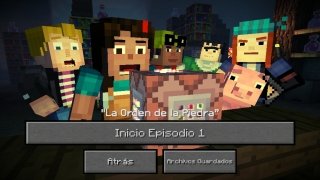 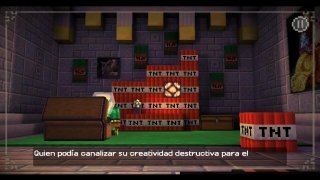 The adventure game based on Minecraft

Mojang's construction and adventure game, Minecraft, became a mass phenomenon a long time ago. To such an extent that it evolved from an indie development to being under the shelter of Microsoft after its purchase for 2 billion dollars. Nowadays, we can enjoy playing it on Android, iPhone, Windows Phone, Windows PC, Mac, PS4, and Xbox, being able to customize it and expand it by means of MODs on all these platforms.

Well, just in case you haven't got enough with Minecraft PE, you can download its story mode. We're obviously talking about Minecraft: Story Mode, a free game (with in-app purchases to acquire new functions) that comes along with a format that reminds us of graphic adventures.

Find The Order of the Stone to save the world

In this game, clearly based on the typical pixel graphics of Minecraft, you'll play the role of Jesse, a fearless adventurer that, accompanied by his friends Olive, Axel, Petra and Reuben, must search for The Order of the Stone to save the world from a cruel destiny.

Just as if it were a TV series inspired by your favorite game.

Explore different worlds, including Overworld, and make the right decisions to make sure that this group of friends reach a positive outcome in the Minecraft world. The truth is that we're going to have to deal with different situations in which we'll have really think about the actions to be carried and things we say. All the latter will affect the story's outcome one way or another.

In this sort of graphic adventure based on Minecraft, you'll find features and functions such as the latter:

To play, the first thing you have to do is choose an episode. However, apart from the first one that's free, you'll have to purchase the rest of them. Then choose your character and that's it. Get ready to play!

To control your character, you only have to tap your screen and swipe your finger to move. From the main interface, you'll also have access to your inventory and the different actions that can be carried out... therefore, if you've played the original Minecraft before, you won't have any trouble playing this adventure.