In BIGO LIVE for Windows, you'll have access to a community with over 200 million users that stream live videos and can interact with other people 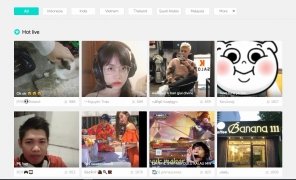 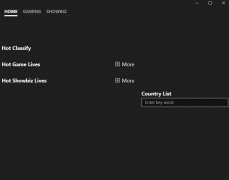 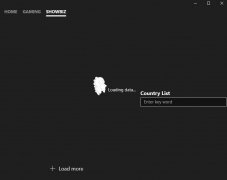 Become a video star on the Internet

BIGO LIVE is a social platform created for all those users that want to become Internet stars. Here you can broadcast everything that happens in your life, connect with friends and fans, to your favorite streamers... it's basically a video streaming app with over 200 million users all over the world.

Connect to hundreds of millions of streamers in the world

BIGO TV is available on both iPhone and Android, and thanks to this application that we're introducing to you today, now also on Windows computers. From your desktop, you'll be able to broadcast and connect with any of its millions of users. These are the main features offered by this application that's has become a real hit in Asia, and now gradually landing in other countries, and that's used by all sorts of people, ranging from influencers to gamers:

The contents found on BIGO are sorted into two main categories that users can explore whenever and however they want:

The contents can be checked on a global scale or by means of tags and categories. In fact, we can filter videos with a common origin by means of tags that have to do with the country of the broadcasters. We can also explore the trendiest live videos at that very precise moment, whether belonging to the Showbiz or the Game Live category.

And despite its wide range of contents, it doesn't intend to compete with YouTube since the contents shared on BIGO has a much greater social component that makes it more similar to the uprising and highly successful TikTok, as well as Twitch due to the huge amount of gameplay videos with can find and watch on this platform.