Accessing Facebook from Windows doesn't necessarily mean using a browser like Chrome or Firefox. You can use the social network from its desktop app 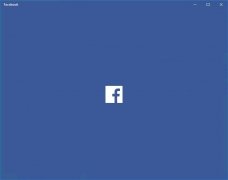 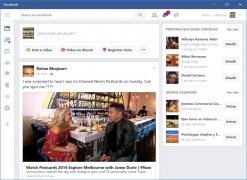 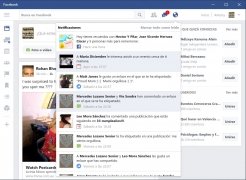 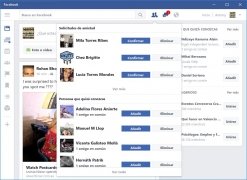 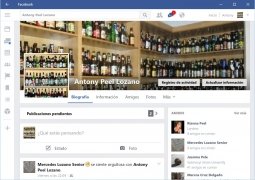 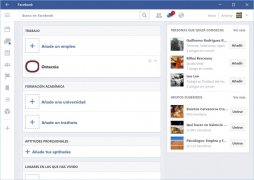 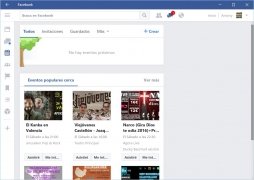 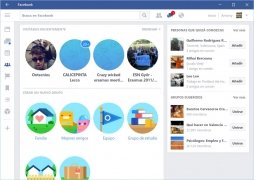 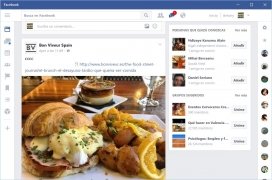 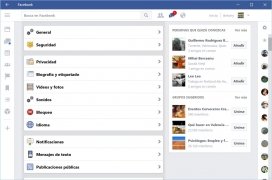 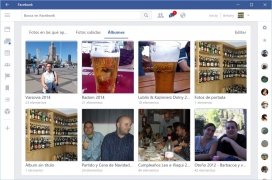 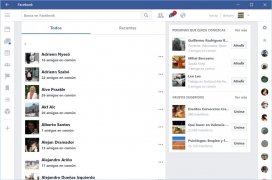 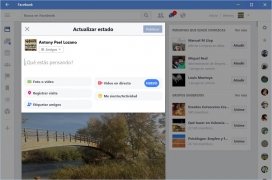 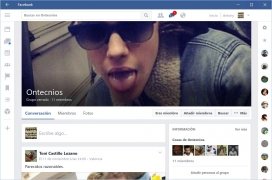 The desktop client for the most popular social network

If there's a social network par excellence, that's definitely the one created by Mark Zuckerberg around 2004 and initially conceived for Harvard University students. More than 10 years after, Facebook has become the most popular social network in the world, way ahead of any other one, with more than 1.7 billion users and expecting to reach 2 billion in a short period of time.

What is this increasing popularity due to? Maybe due to being a great way of staying in touch with friends that we don't usually get to see in real life, maybe because it's the best way to keep up with the latest news in the world, maybe because it's a window to the Internet where we can entertain ourselves with viral videos and content, maybe due to its addictive games of the likes of Candy Crush or Farmville that were later launched as mobile apps or maybe just because it's the easiest way to snoop on anyone else's life without them realizing. We don't really know, but it's a true phenomenon that continues to grow.

The only official FB client for Windows.

Although we usually connect to the social network developed at Menlo Park from an Android or iOS application, mainly due to the possibility to be online 24 hours a day and the immediacy to upload photos and live videos and tag friends as things happen, loads of people still login from their Windows PC. And despite the fact that many of them still do so from the web version accessible from a browser, you should know that there's an official desktop client from Microsoft's operating system that turns out to be more comfortable and easier to use.

The desktop client of this social network is offered straight from the Windows Store for Windows 8.1 and Windows 10 (unfortunately, it's not available for Windows 7). To download it, simply press our Download button, wait for it to download to your PC, and run the APPX file. It might take some time, depending on the speed of your connection as it weighs just over 160 MB, but you'll soon be able to install the app and start exploring your timeline from your computer.

Once installed, just log in with your usual credentials and start using Facebook from a much more modern interface than the web version, but without mission any functions. If you think you're using an outdated version, just go to the store and from the Downloads tab, click on the Search Updates button. You'll soon see if you need to download a new version.

Main functions and features of Facebook for Windows PC

As we've already said, you won't miss any of the aspects of the web or mobile versions with this desktop application, as it comes along with all the functions that have turned it into the best social network in the world.

Updates in the latest version