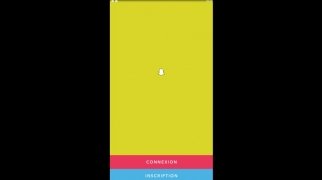 The Windows version of the popular instant messaging app

Probably all people under the age of 25 know what Snapchat is all about. This image-based instant messaging app has meant a real revolution for younger smartphone users. Its meteoric success led it to the stock market and to a purchase attempt on behalf of Facebook (a juicy offer that its creators decided to reject in order to remain independent and consolidate as one of the most annoying apps for Mark Zuckerberg's social empire). If you to enjoy using this social network on Windows, simply download Snapchat for PC.

And the most revolutionary aspect of the app is that, opposed to the old-fashioned text-based mode of communicating, it allows its users to send pictures from their phones to express whatever they have to say, luring in millions of users from all over the world on both Android and iPhone. Well, photos and really any other drawing or short video with the particularity that the latter disappear after 10 seconds... although users can modify that amount of time from the app's settings.

Well, as you already know, it can be quite uncomfortable to have to communicate exclusively on our phone. Developers of applications of the likes of WhatsApp or Telegram realized their importance back then and created web and desktop versions of their services so that we didn't have to give up on our productivity. And although there's not such a thing as an official version of Snapchat for PC, there is a way to use it on our computer. Simply click on our Download button and you'll be able to get hold of BlueStacks together with the app's APK file: you'll only have to log in with your user credentials and that's it.

Download Snapchat for PC to make the most of all the following features and functions:

This application has had such a major impact that it has become a manner accepted by youngsters and teenagers to communicate, even changing the way social networks are used. The new generations no longer want to use Facebook or Twitter.

And due to the refusal of the owners of Snapchat to sell their development, Facebook Inc. counter-attacked incorporating several of the most successful functions of this app, such as Stories, to Instagram.