Play Tetris once again with Blocmania 3D, a puzzle game. Place the polygonal shapes creating line on the screen after you download Blocmania 3D for free 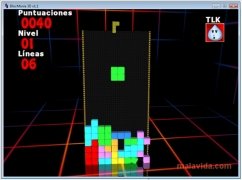 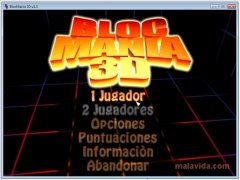 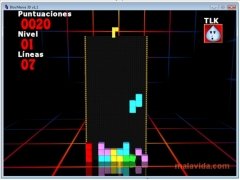 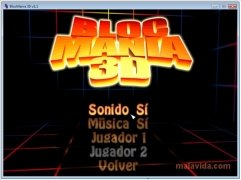 Whoever is familiarized with the world of videogames will already know the popular Tetris, an addictive puzzle game created in the '80s that consists of combining structures to create rows in order to eliminate elements from the screen.

Blocmania 3D is a game that has been developed under a similar concept, yet at the same time uses 3D scenarios so as to be able to see the game from different angles and provide new degrees of complexity. A series of polygonal shapes will start falling from the top of the screen, and it will be up to the player to place them on the playing board so as to be able to form complete rows. This will allow you to eliminate them and avoid the great danger, ending up with all the screen full of blocks.

Each movement will provide you with points and increase your row count. As this increases the difficulty will do so likewise, increasing the speed and leaving less time for each of the manoeuvres that the player will have to combine to form each line.

You can play both on your own as well as challenge another player. At a graphic level, it must be said that nothing can really be asked of this kind of game, but it has a high degree of playability, and it's very addictive. Download Blocmania 3D for free, a puzzle very similar to the classic Tetris.

The classic game of organizing jewels on your PC

Try your skills by combining the blocks

Enjoy a different sort of puzzle game thanks to numbers