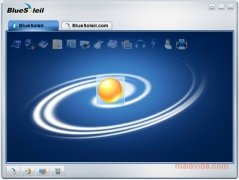 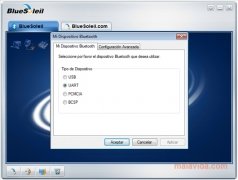 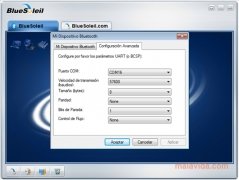 The IEEE 802.15.1 standard, more commonly known as Bluetooth, is a technology that has simplified communications between its users, for example, connecting mobile devices. This was Harald Blåtand's (Bluetooth), Viking king of Denmark in the tenth century, greatest virtue. And this technology received its name in his honor.

Bring Bluetooth connectivity to your PC

Thus, Bluetooth technology allows short-distance wireless connections, allowing voice and data transmissions between different devices, like mobile phones. But these aren't the only devices that use this technology.

To connect and transfer data between any type of Bluetooth device, we have an application called Bluesoleil.

Bluesoleil allows us to manage all the Bluetooth technology devices that we have activated. To do so, it scans the area and shows the devices it detects. Once that is done, you'll be able to interact with any of the devices using Bluesoleil.

System for the massive sending of files via Bluetooth

Remote control for your computer