What are Brawl Stars boss fights and how to win them

In Brawl Stars, there are several regular events, others that rotate daily, and others that take place weekly. We will show one of them here 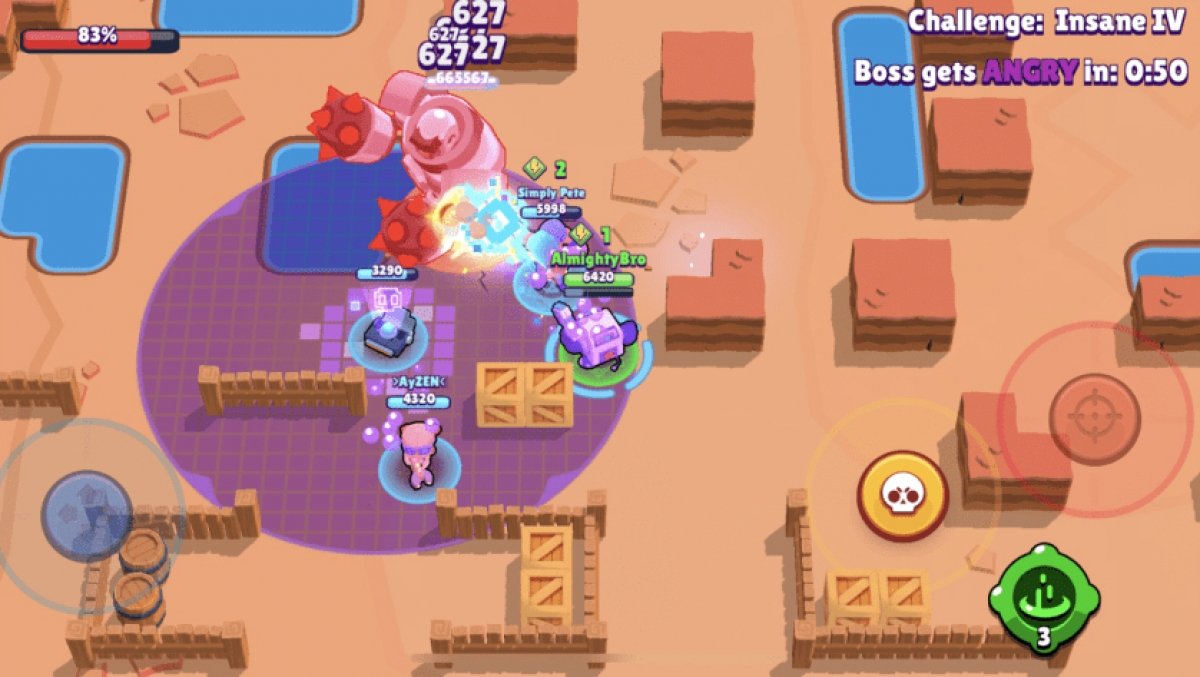 Brawl Stars Boss Fights are death matches between a team of three players and a giant robot that releases increasing amounts of smaller mobs that try to kill the players and hinder their progress. To beat this mode, you will need a well-coordinated strategy.

In the past, this type of event was accessed by getting tickets that you could use to a greater or lesser extent depending on the difficulty level desired. With the last major update, the tickets have disappeared, being replaced by star points. As long as you have at least 350 trophies, you can access this mode whenever it is active.

Which are the best characters for Boss Fights?

The keyword in Boss Fights is none other than damage. In this mode, it is necessary to use characters that can deal and concentrate a huge amount of damage to the boss. It is also necessary to be able to combine mobility with speed and the ability to shoot from long distances.

An ideal team should consist of a character with high DPS (e.g. Colt), a tank capable of absorbing a large amount of damage (Frank is great doing so), and a supporting character that can heal from a certain distance (Poco is a good option).

However, if you play by yourself, you are likely to end up on a random team where there are too many DPSs, no tanks, and no support characters (or a combination of all imaginable situations). It is always advisable to have a team at hand that you can easily coordinate, it may be a group with your friends or other players within Brawl Stars.