Who is the best Brawl Stars tank

WhatsApp Share Tweet Send
Brawl Stars' tanks or heavyweights are very powerful characters with a high capacity to take damage. Here, we will find out who is the best of them 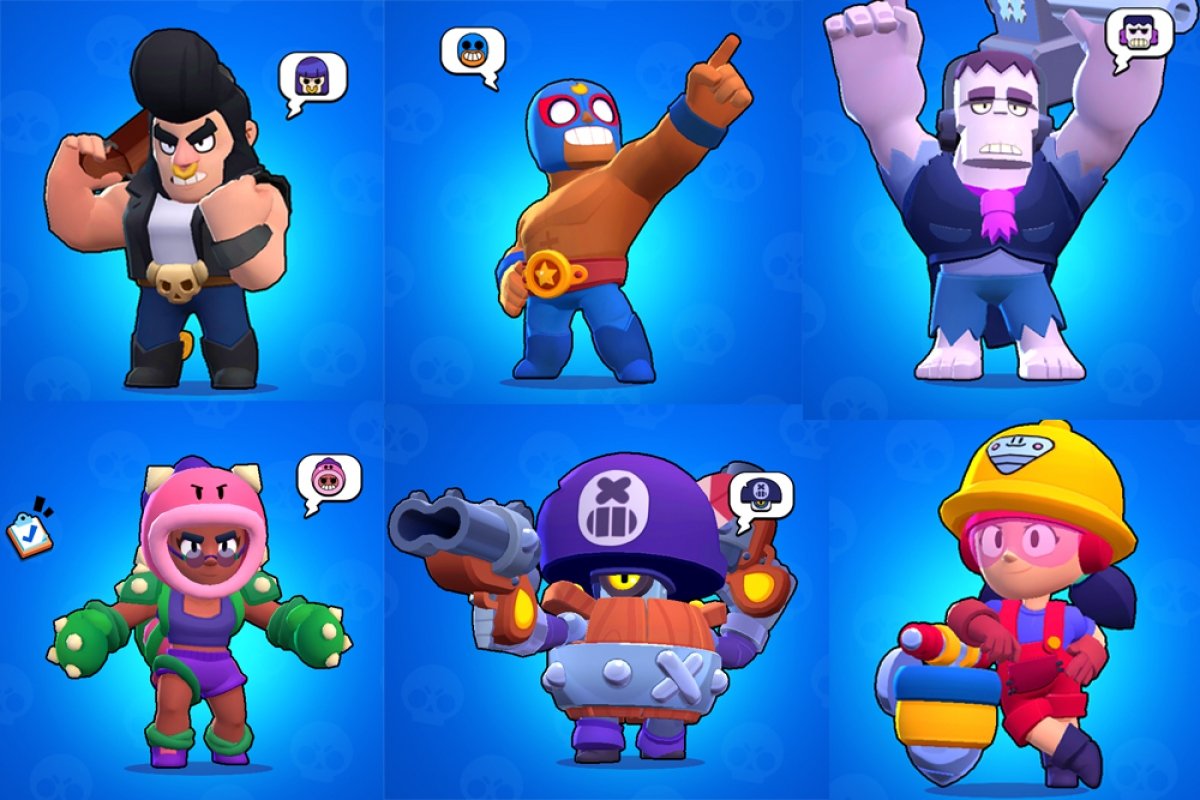 When comparing the different tanks or heavyweights of Brawl Stars, we have to list them all and analyze them one by one.

Bull is an easy to get heavyweight, as we can get him as we progress along the Trophy Road (and we will do so in our first few hours in the game). At his maximum health level, he has 6860 points of damage, a low amount, but not negligible considering his skills.

As for the damage he is capable of inflicting, Bull is lethal at close range. At medium range, his shotgun scatters too much fire to do significant damage, but in close combat, this brawler is really worth having at your command. In a few shots, you can decide the fate of an enemy.

His speed of movement is relatively fast, and his special skill can help us escape from a difficult situation (while doing lots of damage on the way). He is one of the most balanced tanks in the game and one of the few that lets you make the most mistakes because of his fast reaction time.

El Primo is available by opening Brawl Boxes, and you know what that means: nothing assures you will get him soon. In fact, this characteristic is shared by all the heavyweights we will see from here. At its highest level, this brawler has 8400 health points, one of the highest on the list.

His attacks can deal lots of damage pretty quickly, his special skill is competent, and his star power adds even more damage to what he is already capable of doing. However, El Primo is not so much focused on attack, but rather on defense. While other tanks are somewhat more versatile, this character is ideal for being the advance guard for a group of players and taking most of the hits by holding them up.

He also moves relatively fast, letting you run for coverage and a place to get healthy again with some ease.

Talking about Rosa means dealing with one of the most versatile heavyweights in the game. At her maximum level, this character has 7560 health points, placing her in a middle position compared to the tanks we have seen so far.

Rosa's main characteristic is speed. She's incredibly fast, both moving and attacking. Her punches can deal lots of damage in a very short time, and her special power makes her a virtually unstoppable opponent. She's very well oriented both in attack and defense, although she lacks the health to take a huge amount of damage.

She is spectacular for playing alone, but her star powers, however, are aimed to be a tank that serves as an advance guard for a group, this means that she can regain health faster while hiding, and also, she can deal more damage with each punch.

Darryl is, by points of damage, the weakest tank so far. He is the fastest and easiest to control, but at his maximum health level, he has only 6720 points of damage. He is very fast and agile, but he is not what you would call strong.

Where Darryl stands out, however, is on the offensive. His attacks deal lots of damage at close range, and his special attack lets him reload and chain good amounts of fire at a fairly high rate. As an offensive heavyweight, Darryl is a great option.

His special attack does not deal much damage, but it can be useful to quickly escape from dangerous situations. His star power gives him more armor and increases the speed rate of his special skill. Still, it is not a pure heavyweight and has to be played differently.

Jacky is a heavyweight with a 100% focus on defensive skills. At her highest level, she has 7000 health points, she is an agile tank and her attacks deal moderate damage. What makes this brawler so interesting is her special attack, which generates a vortex that attracts to her all the enemies present in her radius of action.

This can be very useful in scenarios where different mobs (like Robo Rumble) can surround players. Jacky can lure them towards her and finish them off with her normal attack since that is the play style of this character: making life easier for the rest of the group.

She is not a heavyweight for new players, as one of her star skills adds a counter-attack that you have to know how to execute at the right time. On the other hand, her other star power increases the character's armor.

Frank is the perfect heavyweight. He has the highest health points from all heavyweight, 8960 points at his highest level, deals the most damage, and has the most devastating special attack. As previously mentioned, in Brawl Ball, using Frank is almost guarantee of victory, since once he loads his special and throws it at its rivals to stun them, he can easily chain regular attacks at hight speed.

There is no doubt that while attacking, he is a beast, as well as defending, where he can take an inhuman amount of damage while defeating enemies all around him. Bringing him down requires several enemies to focus their fire on him, and even then, it will take some time.

While Frank seems wonderful, he has one major drawback: he is very slow. It takes time to launch an attack, and the same goes for his special, but if he manages to hit several opponents at once, the situation changes. Of course, you are not always so lucky.

So, after all that has been said, we have to divide our answer. The award for best new player tank goes to Rosa, based only and exclusively on her versatility and the skills she brings to the table: she is the fastest, can absorb and inflict a good amount of damage, and is perfectly oriented to attack and defense.

Next, the best heavyweight for users who already have a few games on their hands is Frank. He may not be the fastest, but in the right hands, he can be devastating. If you already have some experience, do not hesitate to use him.