Dan the Man: Action Platformer is a really funny and cool platform game for Android phones and tablets. Wipe out all the baddies with your cannonballs 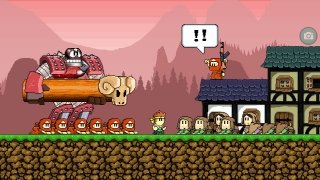 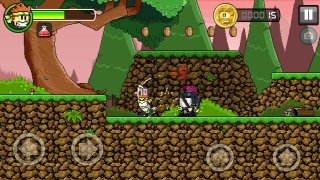 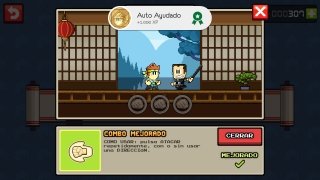 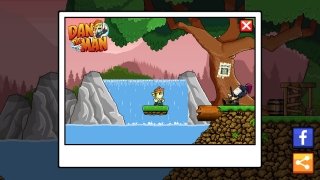 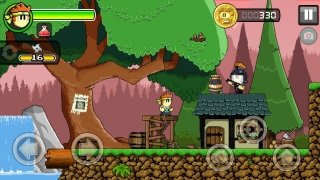 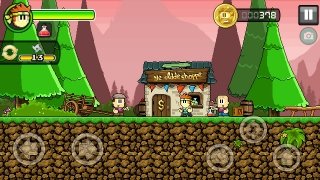 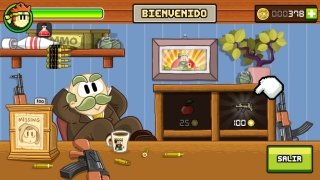 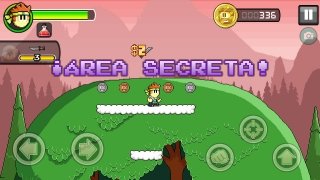 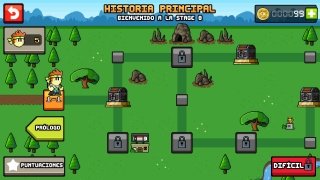 When a game doesn't take itself seriously, the result is usually stunning. That was the usual keynote in those games that we used to play on arcade machines some years ago. And that's also the spirit that Halfbrick Studios intends to revive with its Dan the Man: Action Platformer. It's basically a cute, funny, and cool platform game for Android. You'll definitely have fun with Dan and his mates.

This legendary game goes back to the origin of retro video games to offer us an action and fighting platformer that will remind you of an old arcade machine game.

You'll take on the role of Dan or his two mates, Josie and Barry Steakfries (you have to pay to play with the third one), and you'll have to beat the hell out of the soldiers and mega-robots that intend to ruin the pacific life of the villagers. For such purpose, you'll have to advance through different levels using a simple and classic touchscreen button system. But not only will you be able to use your fists to complete your quest: you'll also be able to make use of a wide range of weapons, starting off with the classic ninja stars, and ending up with guns, machine guns, and missiles.

The plot is absolutely hilarious (pay attention to the two rednecks that appear now and again), and you'll definitely have a laugh or two. As you collect more and more coins, you'll be able to purchase improvements for your lethal techniques and items that will make your journey easier. You can unlock different suits and there are three challenges available:

Fancy playing? You can download and install the APK file free of charge although you'll also be able to make a few in-app purchases. For the time being, there are 8 levels so you'll still have to wait some time to play level 9.

A hilarious plot, with incredible fighting techniques, and an epic range of weapons.