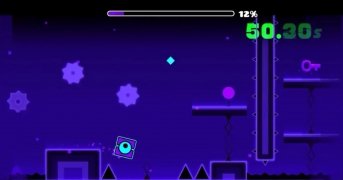 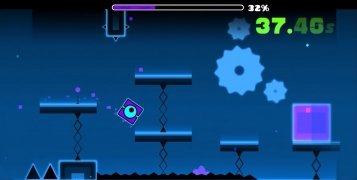 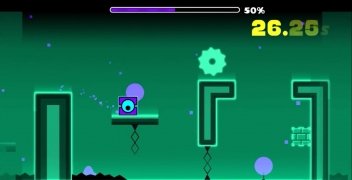 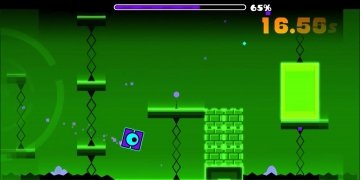 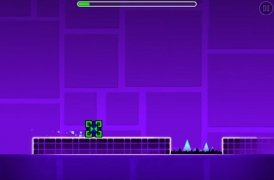 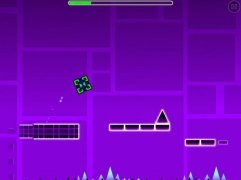 Arcade platformers are the in thing thanks to the proliferation of Android smartphones and tablets, as well as iPhones and iPads. We're talking about games that never really went away, although they did live a golden age on 8 and 16-bit video consoles, Amstrad, Spectrum and 286 and 386 PCs. Later they disappeared from the front page, but now thanks to mobile devices they are back in fashion again.

One of the titles that have contributed towards reaffirming this passion for this classic genre is definitely Geometry Dash that brings back all the essence of this kind of game at a very frenetic pace. And not it's totally free to play thanks to this Lite version.

Before you start playing you'll have to know what it's all about: a square-looking character (that you can customize to the max as you make progress through different levels) has to overcome all sorts of obstacles in the form of geometric shapes. Spikes, cliffs or things you can put up in flames are some of the elements that he'll have to avoid along vertical 2D settings jumping around with a simple screen tap... or flying because he can also fly on certain occasions.

Don't ask how many levels its got because you're never going to get to the end. Just worry about completing each one of them... that's the challenge.

Many users want to know the secret behind this game, but the truth is that there's no mystery at all. It has simply known how to adapt a classic video game concept to touchscreen platforms that offer us a great playability and plenty of entertainment.

This game has been such a hit that it has also landed on other platforms as well as Android smartphones and tablets in APK format: it's obviously a must on iOS and it's also present on Windows on both computers and phones. In all these versions we find the following features and functions: