Play the old PSOne video games once you download Emurayden PSX Emulator for free, an emulator to enjoy all the titles for the first PlayStation launched 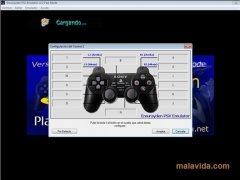 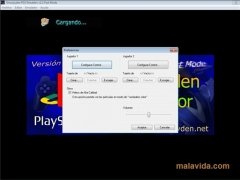 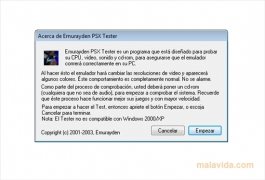 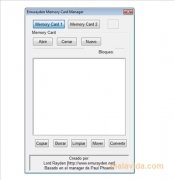 The first PlayStation game console meant a real revolution in the world of video games, and it was the platform that launched several titles became true classics a few years later.

Now we have the option to enjoy the PSOne games once more thanks to Emurayden PSX Emulator, an emulator for PC, based on the Virtual Game Station code, and that includes various utilities that will make our gaming experience a lot better.

Several of the tools worth highlighting are:

- Emurayden PSX AutoLauncher: a utility, thanks to which, the emulator will be launched automatically when we input a PSX disc in our computer's disc drive.

- Emurayden PSX Tester: small tool that will check if our computer is compatible with the application.

- Emurayden PSX MemoryCard Manager: thanks to this simple application you will be able to convert and share data between different virtual memory card formats.

With regard to the program's interface and usability, we have to point out that it's much easier than using many other applications of this kind.