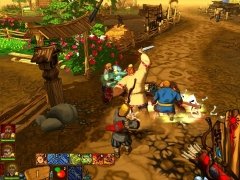 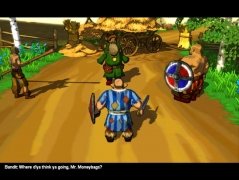 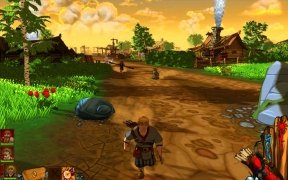 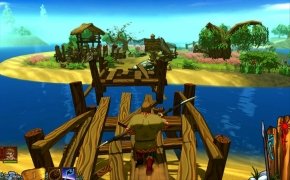 Adventure games became popular during the decade of the '80s. They were titles in which you had to follow a path through the scenery and eliminate all the enemies that you encountered by punching and kicking them.

As well as this you could learn new moves, pick up items to recover life or use a weapon or scenery element to inflict more damage to your enemies.

Fairy Tales: Three Heroes is a game that recovers that style, but using modern-day technology, it presents three Vikings (each one with his own features), with whom we have to eliminate all the enemies that we encounter during our travels. Each one with a different weapon (bow, spear, and sword) with which to get rid of our enemies.

In what respects to the graphics, we will have somewhat simple graphics, but they are more than enough to cover the objective they have been developed for, as well as giving the setting a colorful touch that helps the funny nature of the game. Download the demo of Fairy Tales: Three Heroes and enjoy the first levels of this great game.

Scott McLure
Cats Who Play
Over a year ago
More than a year ago
403.4 MB