With First Touch Soccer 2015 you can have on your iPhone and iPad one of the best football games on the market, with stunning graphics and very realistic AI 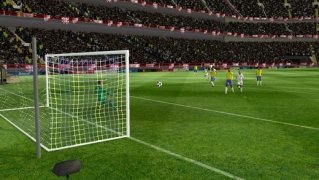 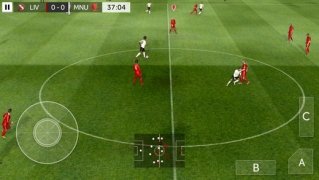 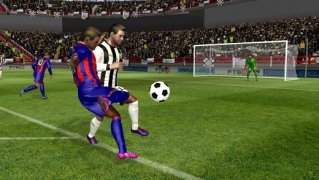 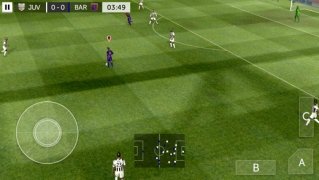 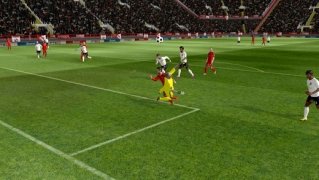 If you're into football titles and you're looking for a game with which you can have a fun time, beyond FIFA and PES for video consoles and PC, you've come to the right place. First Touch Soccer 2015 has everything a mobile football game could need to satisfy its users: it's realistic, immersive, it offers us loads of different game modes and it's tremendously addictive.

Start off your managing career or play quick matches

Thus, we can put to the test our coach, football director and chairman skills in the manager mode to take a team to the top of the footballing world, we can become a knock-out cup expert in the tournament mode or just have fun without any other pretension with the quick match mode. FTS 2015 adapts to our needs at any moment.

Hundreds of animations and graphics that will leave you gobsmacked.

All the latter, dressed with stunning graphics and a realism that isn't within the reach of all modern football games. This edition of First Touch Soccer comes along with new animations and the best graphics that affect both the players and the stadiums.

Furthermore, its renovated artificial intelligence makes the game even more realistic: you're not going to be able to do that same movement time after time. You might miss a multiplayer mode to play against your friends, but all in all, FTS 15 is a great football game.

And what about First Touch Soccer 2017? Isn't there an FTS 16 to be downloaded?

We're sorry but, unfortunately, its developers didn't want to continue developing the game despite its huge user base and the great acceptance the title reached. The truth is that it's hard and expensive to develop a game of this nature that has to compete with FIFA and PES year after year.

However, as we've read on quite a few Facebook pages, if you've got the Android version of this game you can download a file that can modify certain parameters of the game to keep it up to date, although the game itself won't change. You won't be able to download these packs of APK + data from the Play Store so you'll have to go to an alternative market of the likes of Aptoide or APKPure.

In any case, how can an iOS user make the most of this file for Android smartphones and tablets? A decent solution could be to download an emulator of the likes of BlueStacks or Nox App Player to your PC or Mac and play your games on your computer screen.

Antony Peel
First Touch Games Ltd.
Over a year ago
More than a year ago
237 MB

First Touch Soccer 2015 Android 2.09
Other languages
We use our own and third-party cookies for advertising, session, analytic, and social network purposes. Any action other than blocking them or the express request of the service associated to the cookie in question, involves providing your consent to their use. Check our Privacy Policy.