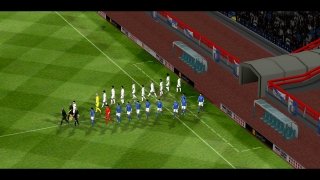 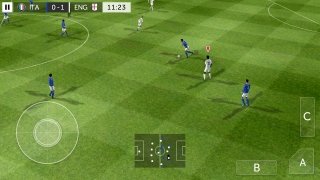 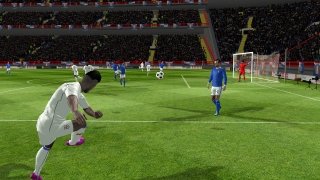 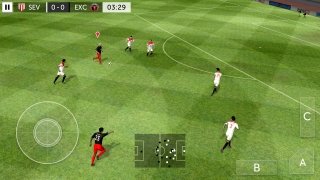 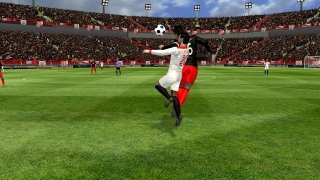 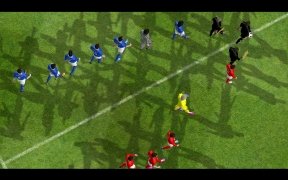 Not all soccer games are IFA or PES. For Android, you can enjoy other equally attractive titles on your smartphones or tablets anywhere you go. A good example is First Touch Soccer 2015, which offers a very satisfactory graphic experience where you can play single games, seasons, or complete leagues with different teams and national teams.

Fun on and off the field

Thanks to First Touch Soccer's fluid animations and good graphics you will have fun on the field, as it is a realistic simulator that tries to faithfully reproduce the players' movements. At the same time, you can form your dream team, sign players, and negotiate contracts. That is to say, this is not simply a classic soccer game where you can play matches, you can also act as a manager in the English soccer style.

A realistic and addictive soccer game where you can enjoy the 15-16 soccer season.

Even after several years of its release, this game's features and operation keep the game in the list of interesting developments to keep playing today:

The game's simulator control mode is simple: there is a controller on the left on the same screen to direct the players and aim the ball; on the right, the passing and shooting buttons.

The gma is not exactly updated (we are talking about the 2015 edition) so you will not see the current teams. But if you are looking for an alternative to FIFA or Pro Evolution Soccer to play a soccer simulator, download its APK now because this is a more than decent option that is still on the crest of the wave and offers a more than satisfactory performance.

The mobile version of FIFA 21 for Android

First Touch Soccer 2015 iPhone 2.07
Other languages
We use our own and third-party cookies for advertising, session, analytic, and social network purposes. Any action other than blocking them or the express request of the service associated to the cookie in question, involves providing your consent to their use. Check our Privacy Policy.