PES 2011 was back then one of the best football games for PC, PS2 and PS3, but you can now enjoy playing this Pro Evolution Soccer also on your Android 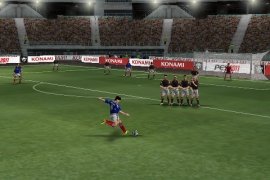 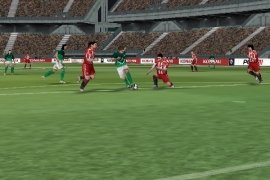 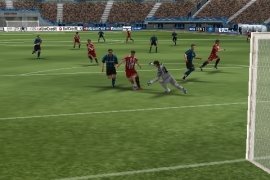 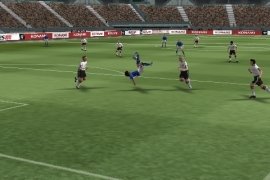 The 2010-11 football season on your mobile phone

The 2010-2011 season will be remembered by many as the consecration of Gareth Bale as one of the best players in the Premier League, Dimitar Berbatov and Carlos Tevez's battle to be the top goal scorer of the season or the Manchester United-Arsenal thriller that ended 4-4, as well as Barcelona's domination of the Champions League with an excellent Messi who won his third consecutive Ballon d'Or. A football season that will definitely remain in the memories of all soccer fans and that you can now revive on your Android mobile device thanks to PES 2011.

Konami's football game for the 10-11 season.

We're talking about the APK of one of the football games par excellence, without forgetting about EA Sports' FIFA, that in its edition of the 2010-2011 season brings us a very realistic experience so that we can immerse ourselves in the best football competitions in the world from our smartphone or tablet. But, is PES 2011 really better than FIFA 11? Well, that's something you're going to have to find out for yourself after playing a few matches.

How to install Pro 2011 on my smartphone?

Well, installing this version of PES isn't at all easy. More than 6 years after its launch, it's no longer available on Google Play, so you'll have to resort to alternative app stores or use or Download button.

The matter is that the installation files are shared between the typical APK file and the game cache that's included in a ZIP file that you'll have to extract to the path sdcard/Android/data/us.konami.pes2011, since that data is no longer available on Konami's servers which the game tries to access. So, how much does the game weigh then? Well, that's just over 1.2 MB for the APK and over 50 MB for the cache, so we recommend you to use a WiFi network to complete the download.