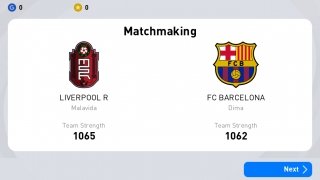 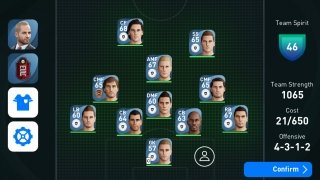 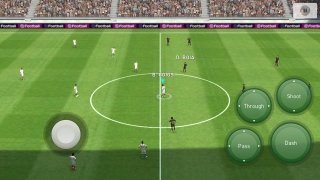 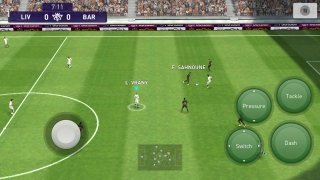 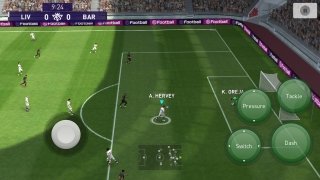 The FIFA vs PES rivalry in the world of video games is equivalent to a Barcelona vs Real Madrid, Celtic vs Ranger, Manchester United vs Liverpool, Juventus vs Inter, or Boca vs River in the world of football. This combat really has nothing to envy of any of these classic matches.

Many users consider Pro Evolution Soccer as the best football game regardless of what EA Sports manages to do with its FIFA, and although being an absolute fan hinders your capacity to see the virtues of other games, we have to admit that its followers have all the reasons in the world to do so.

The version of PPES 2021 - Pro Evolution Soccer for iPhone adapts all the features of this incredible football game to Apple's mobile devices, with all the new functions introduced in terms of playability and its database (at least where it has official licenses to recreate the squads of our favorite teams). You can train your teams and play online to show off your skills and prove that you're one of the best players in the world... at least virtually.

The game preserves the base from previous versions such as PES 2019 or PES 2020 but also adds new features to renovate different aspects of the game such as:

And as we mentioned above, to all the latter we have to add the traditional features of this game with its great simulator and all the appropriate graphical improvements. And although it's not like kicking the ball around yourself on a green pitch whilst you hear the crowd cheering you on as if you were Maradona or Messi, you'll be very satisfied to be able to play a game of this kind on your iPhone or iPad.

PES 2021 - Pro Evolution Soccer PC
Other languages
We use our own and third-party cookies for advertising, session, analytic, and social network purposes. Any action other than blocking them or the express request of the service associated to the cookie in question, involves providing your consent to their use. Check our Privacy Policy.