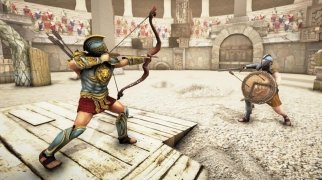 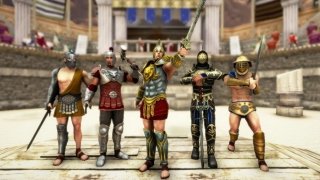 The customs and traditions of Ancient Rome generate a great fascination. Among them we find the sports shows such as gladiatorial fights where the gladiators fought in duels in front of thousands of fans. So in a Spartacus style, Gladiator Glory offers us this experience through a fighting game in which we will become a Roman gladiator and will have to face other fighters in life or death combats.

Become a bloodthirsty and deadly gladiator

This is a fighting game where you can be part of a team that will try to beat another team in online games. The action will take place in venues that recreate the sands of the time so you can imagine in amphitheaters like Verona, Pompeii, Arles, Nimes or the Colosseum of Rome itself facing all kinds of warriors to satisfy the desire for entertainment of the respectable.

After completing the training phase with which you will become familiar with the mechanics and control of the game, you will be able to choose a weapon to fight with (swords, spears, axes, hammers, shields...) and throw yourself into the fight:

The game follows the usual pattern of fighting games where you control your health with a status bullet. However, the sensitivity of the controls can be improved and sometimes it can be a little rough to handle our gladiator.