Great The Auto 5 is an action-packed game inspired by Rockstar's GTA saga. Your goal is to earn respect from the most important gang in San Andreas 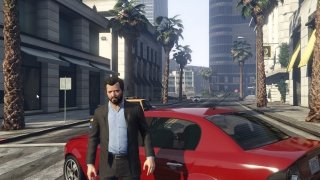 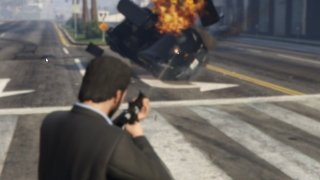 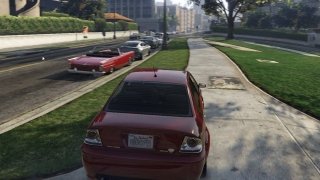 The Grand Theft Auto saga published by Rockstar Games has lured millions of fans from all over the world and that's why nobody should be surprised that loads of different titles try to imitate it following similar concepts, especially due to the fact that it's impossible to download GTA free for Android or any other platform. For instance, Gameloft brought out Gangstar and now we can also play this Great The Auto 5, inspired by GTA 5 with references from other games of the saga.

A fake return to San Andreas

The action returns to San Andres where the main character will have to earn respect from a local gang. Unlike other clones, in this game, we'll be able to enjoy a great plot that will take us deep into the action.

The latter is developed mission after mission, having to fulfill different quests: kill someone, transport a parcel containing an unknown substance, infiltrate into the police...

Violence and action sponsored by Great The Auto.

Regarding the gameplay, it all takes place in an open world that we'll have to explore on foot or driving different vehicles. We can also make use of a wide range of weapons, whether guns or knives. In turn, the main character is fully customizable, just like in GTA San Andreas, so you can turn him into your spitting image.

These are the main features of this action game for Android, the APK of which can be downloaded free of charge:

By the way, forget about downloading Great The Auto 5 for PC. It's only available for Android smartphones and tablets. If you want to play it on your Windows computer, you'll have to download the APK and run it on an emulator.