Have a go at Mario XP, the unofficial game of Super Mario Bros in which you'll live adventures throughout 8 classic levels that come with a few surprises 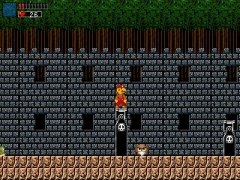 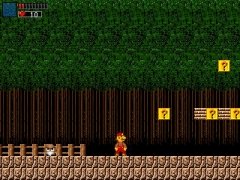 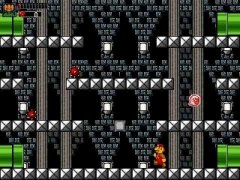 With the rage caused by Super Mario Run on mobile platforms such as iPhone and Android, it's a good moment to remember some of the most retro versions of the platform game starring Mario. That's why we're offering your Mario XP, a fangame developed in 2001 by CnC Darks that offers us new adventures featuring the most famous plumber in the gaming world.

Super Mario in a reduced version with 8 levels.

Just like in all Super Mario games, we'll have to travel around several different levels collecting coins, defeating enemies, discovering mushrooms and climbing down green pipes in order to rescue our beloved Princess Peach from the fearsome Bowser. No, here you won't find any toads to collect, or an endless runner mode and neither will you be able to build a Mushroom Kingdom to your own liking. It's a much more classic variant of the game. More classic and shorter as well, because it only comes along with 8 worlds or levels (each one with its corresponding final boss), which will be enough to remind you one of your favorite games of when you were younger.

A retro version of the classic Mario Bros.

Well, it might not be so classic after all because it also offers us quite a few surprises. However, we don't want to give you any spoilers (beware of same similarities with Castlevania!) so you had better download and install this free Mario game that has got nothing to do with the titles released by Nintendo. Don't be fooled by its name either, not only does it run on Windows XP, but it's also capable of working on the most modern versions of Microsoft's operating system, including Windows 10.