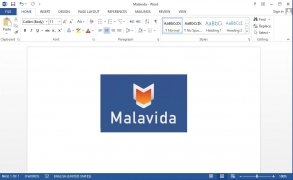 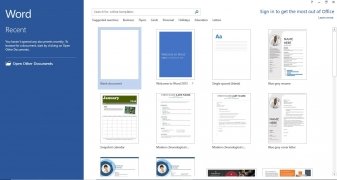 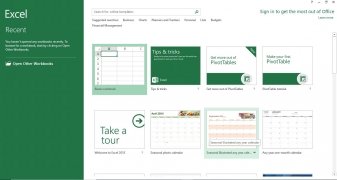 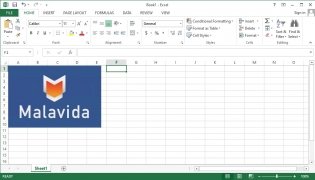 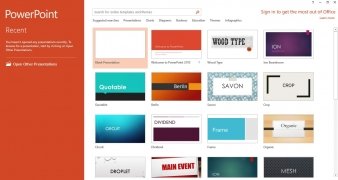 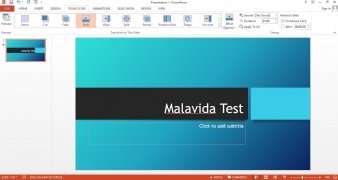 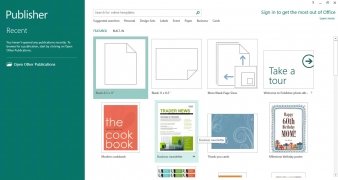 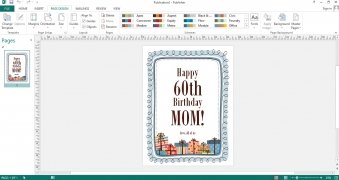 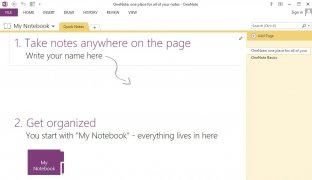 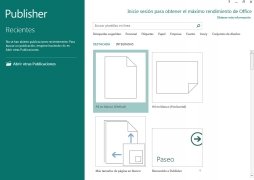 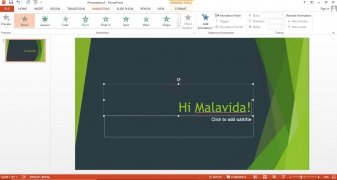 The most popular office suite on the market has come up with the ultimate version. Microsoft Office 2013 has been completely renovated with the launch of Windows 8, presenting important new features that go way beyond the appearance of the interface, such as its improved cloud integration that enhances collaborative work among different users, and with an overhaul of its most tradition tools: Word, Excel, PowerPoint, Access, Publisher, Outlook, OneDrive, Lync, OneNote, InfoPath, etc.

Office 2013: more than just an overhaul

Microsoft's office suite has a very new look compared to previous versions, but without giving up the flagship features and utilities that caused this package to be considered the most important office utility around. New improvements have also been implemented that help users to optimize their time better and make the most of the Internet.

The successor of Office 2010 and the predecessor of the future Office 2016 comes along with loads of updates that improve its functions regarding the previous version. As well as its greater cloud integration thanks to Office 365 and OneDrive that we mentioned above, the majority of updates take place at graphical and visual level:

The Internet has become an important work platform and Office takes full advantage of the latter by including Microsoft 365 in the same package. Therefore, collaborative possibilities increase, as using OneDrive makes it possible to store all the work and make it accessible from anywhere, facilitating synchronization tasks. In addition, the suite can be installed on five different computers with a single license, an advantage that will certainly be welcomed by users.

What is included in Microsoft Office 2013
This version of Office codenamed by Microsoft as Office 15 was released on October 25, 2012. It features the following tools: Word: Text editor for creating and editing documents. Excel: Spreadsheet tool. Outlook: email client with calendar functions. PowerPoint: app for creating slideshow presentations with support for multimedia elements. Access: a tool for database creation compatible with other Microsoft applications. Publisher: software for the design and edition of printed publications. Lync: Skype's business version for communication in work environments. OneNote: utility for note and task list creation. InfoPath: software designed to create forms based on XML. Visio: software for vectorial drawing that can be used to create diagrams (office, database, program flow, and more). SharePoint Designer: HTML editor focused on creating and editing Microsoft SharePoint sites. Project: software for the creation and management of projects. These apps are available in different packages depending on the version: Home and Students, Home and Business, Standard, Professional and Professional Plus, the first being the most basic and the last the most complete.
Where to put the Microsoft Office 2013 activation key
There are versions of Office that have a product activation key depending on how the software was purchased. This is quite usual with physical copies or new computers that have the program pre-installed. It is a combination of 25 letters and numbers with this structure: XXXXX-XXXXX-XXXXX-XXXXX-XXXXX It may be requested during the installation process or you may need to go to Office.com/setup and sign in with your Microsoft account. Then, you will find the option to activate Office, and that is where you will have to enter the key. If this is a version of Office that came pre-installed on a new computer, you have to go to the Windows Start menu and choose Microsoft Office and the Enable option. While other versions of Office such as Home, Student, Business, or Professional may require you to provide payment information as well as request to renew your product subscription, the 2013 version may require you to provide payment information as well as request to renew your product subscription.

Office version that makes the most of the cloud and subscriptions