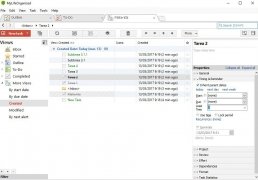 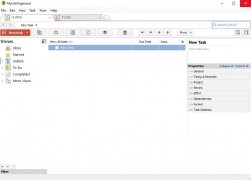 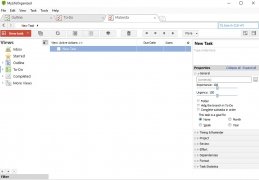 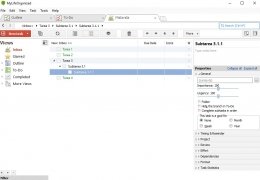 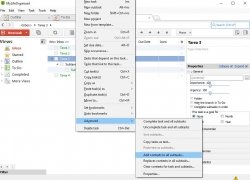 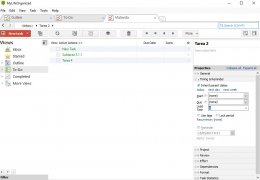 If you consider yourself an unorganized and untidy person, you definitely need a task manager to sort out all your projects and increase your productivity to the max. And even if you aren't, you might be in the middle of some kind of personal or professional project that implies carrying out loads of different steps and completing tiny tasks. In any case, you should download MyLifeOrganized to your computer's desktop.

One of the most complete GTDs for Windows

This GTD or Getting Things Done software is a multiplatform application (we've got a version for iPhone and Android) to organize projects, whether simple or complex, based on sorting their different tasks and subtasks. For such purpose, it comes along with a hierarchization and project organization system so that we can work on individual lists belonging to different concepts, as well as allowing us to group them in a logical manner, associating those that include similar aspects.

Here are some of its main features and functions, although to make the most of them it might be recommendable to take a look at some kind of manual or tutorial to help you know more about them:

Just like its equivalent iOS app or its Android APK, it comes along with free version, as well as commercial edition that offers us different membership plans in order to acquire an activation code.

Make use of the GTD method with this task manager

Organize your time and your tasks

MyLifeOrganized: To-Do List Android 3.4.5
Other languages
We use our own and third-party cookies for advertising, session, analytic, and social network purposes. Any action other than blocking them or the express request of the service associated to the cookie in question, involves providing your consent to their use. Check our Privacy Policy.