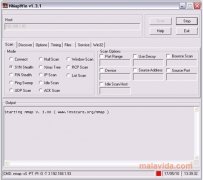 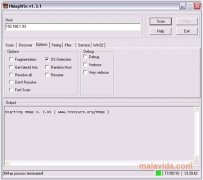 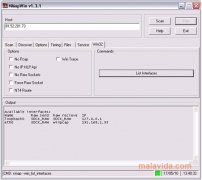 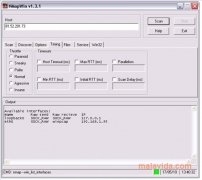 One of the ways to assess the security of any computer system is to scan its communication ports to see which are open, listening and protected. If one is found, it's possible that our security is compromised and with NmapWin we'll be able to audit them.

NMap is a software application to take care of the ports and small security vulnerabilities open on any network or connected computer. Nevertheless, it lacks a graphical interface, everything is launched by means of the command terminal. This is something that many users don't like, which is why NMapWin appeared, the same software, but including an interface.

Once open, NmapWin show several configuration options and a space for us to indicate the IP that we want to audit. Once configured, it is possible to discover servers, carry out pings, identify ports, get to know the services that are being carried out on remote machines or determine the operating system that is being used. Data that can be very useful when it comes to improving its security, or for taking advantage of its vulnerabilities...