PCmover Express for Windows XP lets you export your user data and settings from Windows XP to versions 7, 8 and 8.1 by means of a very simple process 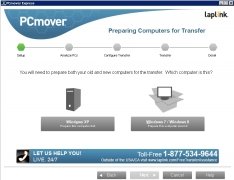 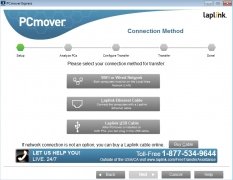 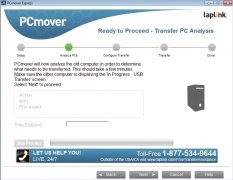 Microsoft's support for Windows XP is about to end. The company wants to force and, at the same time, make it easier for this platform's users to migrate to Windows 8. That's why they've ended up developing PCmover Express together with Laplink. This program allows us to export files, user profiles and settings from XP to Windows 7, 8 and 8.1.

An operating system migration that's easier than what it seems

Using PCmover Express for Windows XP is very easy. You only need to have both computers (one running on XP and the other to which you're going to migrate) connected to the Internet, and the program will take care of guiding you step by step to make the transfer much easier. All the files of your choice will be moved to your new computer, including user settings and preferences. Never had it been so easy to install a new version of Windows.

You no longer have an excuse to carry on using Windows XP.

Download PCmover Express and stop asking yourself how to export your personal data and settings to a new version of Windows thanks to its process simplification.