Presto allows you to use Xandrox Linux on a Windows PC. Simply run the installation to be able to have both operating systems at once on the same computer 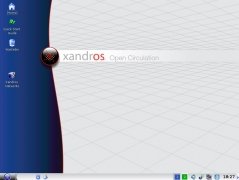 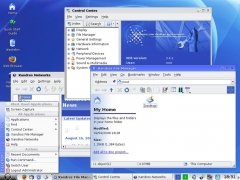 If you're a Windows 10 user but you often need to use a Linux distro due to whatever reason, you can resort to Xandros Presto. It's a version of this operating system that's really easy to install and that allows us to use it whenever we need it by simply rebooting our PC.

Fast and easy: just install and use

To install this instant Linux distro, you only have to download and install the program and let it take care of the rest. It doesn't even need to be configured and here we'll find different tools such as Firefox, OpenOffice, Adobe Reader, Skype, Pidgin, a file explorer with access to the Windows disk... It also comes along with a user-friendly environment for all those people used to using Microsoft's operating system as the graphical interface is very similar.

But as we said before, the greatest advantage is how easy it is to install: no configurations whatsoever, simply run the installer and that's it. We also have to mention that it comes along with its own tool, the Xandros Control Center, from where we can establish a preset boot of Windows or Xandros Linux.

The easiest and fastest way of using Windows and Linux on the same computer.

However, what's the drawback? Well, that the program no longer exists as such... in other words, there won't be any new versions of this software in 2018 or any other future year. Therefore, if you want to use Linux and Windows on the same PC, you'll to put up with this solution or look for another one that will probably force you to create partitions on your hard drive and go through much more complex installation processes.