4.2.0 R-project is a development environment adapted to the S programing language. Download R-project for free, specialized in statistical analyses and graphics
8/10 (11 Votes)
Download 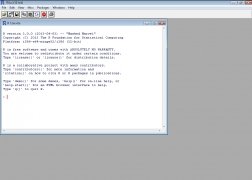 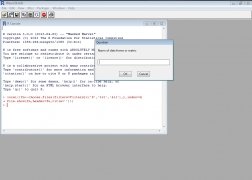 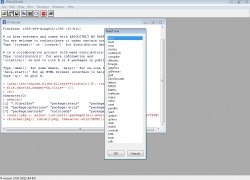 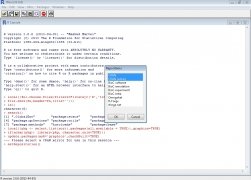 S is a programing language mainly used by all kinds of scientists, from chemists and mathematicians to biologists and statisticians. New alternatives based on this language have appeared, like R for example, that is mainly focused on carrying out statistical calculations.

If you're a science professional, you will probably be able to make the most of R-project

To be able to create applications and carry out all kinds of calculations using this incredible language, it is necessary to have a development environment that has been specially created for such purpose, like for example R-project. A program that has a rather dull and sober appearance, developed to create a statistical and graphic analysis.

This application is usually used in biomedical research, financial mathematics and micro-computing fields, to name just a few of the sciences that use it most.

Since it provides a large number of statistic tools, it is possible to develop linear models, time series analyses, grouping and classification functions, and charts, among other things.