Sam & Max: Reality 2.0 is an entertaining graphic adventure in which the two main characters have to find out who is hypnotising people on the Internet 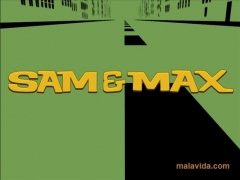 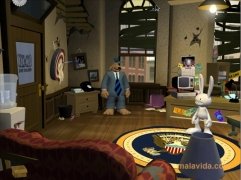 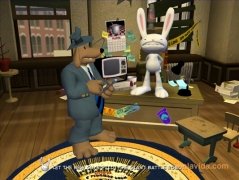 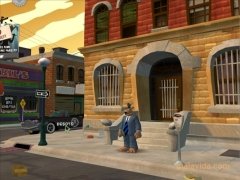 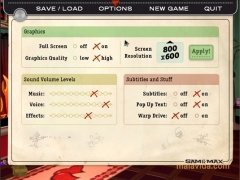 Many years have gone by since a pair of irreverent and eccentric detectives became some of the best known video game characters, we are talking about Sam & Max. This strange duo of detectives, formed by a dog and a rabbit, are the main characters in some of the best graphic adventures of all times.

The adventures of the detectives seemed to come to an end in 2004 when Sam & Max: Freelance Police was canceled, but in 2006 Sam & Max Save the World, a new series of video games starred by these charismatic detectives was launched. The series has six different episodes, and one of those episodes was Sam & Max: Reality 2.0.

In Sam & Max: Reality 2.0 our characters have to investigate who is behind the strange cases of hypnosis occurring all over the world. After finding out some things, they attribute part of the cause to the Internet and set out to destroy it to save mankind.

What will the dog and the rabbit do to save mankind? Who is behind this general chaos? Discover this and more by downloading Sam & Max: Reality 2.0.
Requirements and additional information:
This demo only allows the player to enjoy the beginning of the adventure.

Antony Peel
Telltale Games
Over a year ago
More than a year ago
70.8 MB