Scramby offers you the possibility to apply several audio effects to your voice. Download Scramby and make your voice sound like a robot or Mickey Mouse 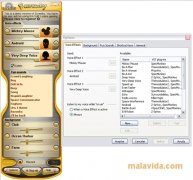 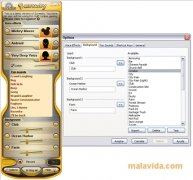 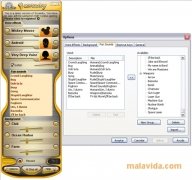 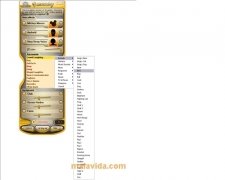 Modify your voice and add effects to any conversation

Changing our voice tone and pitch is something that can be really funny, and even more so if we can add effects to it so that it sounds like that of another person or even include background sounds. You'll be able to do all this with Scramby, a software application that is really interesting and with which you will be able to have a laugh and play a joke on a friend.

Modify your voice with funny effects

The application includes various sound plug-ins that will allow us to totally change our voice so as to seem like that of a robot, Mickey Mouse and a dozen other things. As well as the voice plug-ins, we will also be able to play background sounds at the same time, which range between the sound of a bazooka, and shouts or the sound of a walkie-talkie.

To work, Scramby creates a new sound interface (making it advisable to reboot after the installation) that captures all the sound from the PC before sending it to the speakers, thanks to the latter it can interact with programs like Skype, Google Talk, Yahoo! Messenger and even online games to include effects and sounds in audio conversations, which is really good to play a joke.

All in all, Scramby is an application that has been developed to modify our voice in an entertaining and enjoyable way, based on a very simple interface and an impeccable functioning.