1.4.3 Become a slime breeder in Slime Rancher by catching as many as you can for your ranch. Take them to your enclosure and feed them so they don't escape
9/10 (6321 Votes)
Download 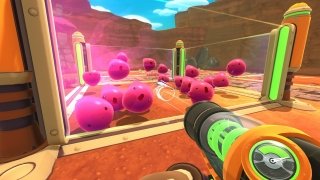 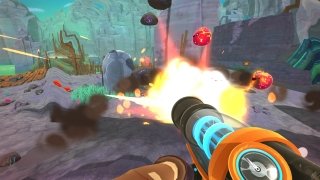 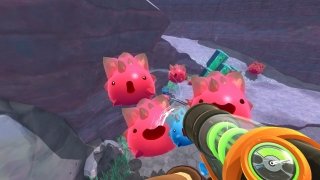 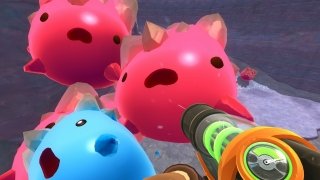 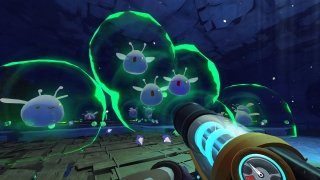 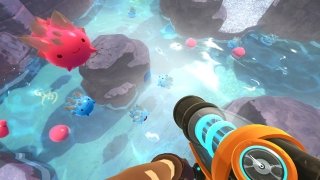 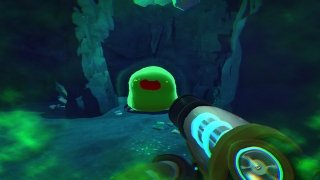 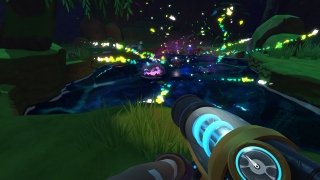 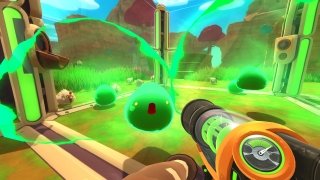 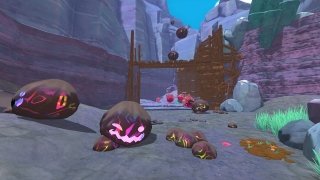 Beatrix LeBeau is a young rancher that is trying to earn herself a living on faraway pastures thousands of light years away from the Earth. These pastures aren't grazed by cows, but by slimes that she'll have to try to bring together in a herd to make a fortune. That's the plot behind Slime Rancher, a game that reminds us of a first-person shooter and in which you'll have to build yourself a future as a slime breeder.

A game about space cowboys

This PC game is developed in an environment that resembles the Wild West that we've seen in so many films, but with futuristic aspects. You won't have to deal with ordinary cattle, but with slimes. The gameplay is similar to a 3D shooter, but it also integrates elements of sandbox type games such as those we've seen in Minecraft and similar titles. You'll have to handle a kind of vacuum cleaner to catch the slimes to then launch them into their enclosure. You'll have to do exactly the same to feed them.

Is it as easy as it seems? No, definitely not... some slimes are lovable and obedient; they won't give you any problems. But others, despite not attacking you, can be very harmful. For instance, the green slime is radioactive and will damage you if you get too close. You'll have to pay special attention to these details, as well as with the most insubordinate ones...

Become the best slime hunter to the west of the galaxy.

In this game, you'll have to take into account some important details:. In fact, you might be interested in getting hold of a decent guide or tutorial to explain certain concepts in depth, but to start off you'll be just fine by knowing that:

This is a game developed by an indie studio that has gained a lot of repercussions. Its download is available through Steam and not only is it available for Windows, but you can also play it on Mac and Linux. However, for the time being, there's still no Android version or APK of Slime Rancher available. But it will definitely be launched shortly.

And what about the requirements to play?

That's precisely one of the keys to the success of this space slime breeding game: it can run on rather old computers. Nevertheless, it can run on Windows XP with Service Pack 3. These are its exact requirements:

As you can see, these requirements are met by a large percentage of PCs, so if you want to have a go at this galactic FarmVille, nothing can stop you.

Third installment of The Sims saga