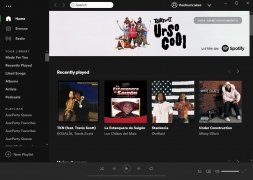 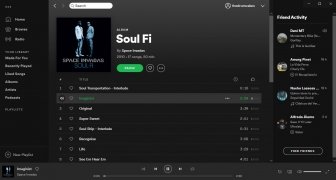 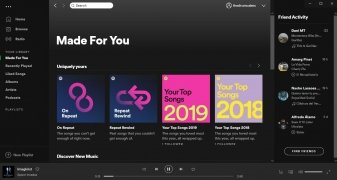 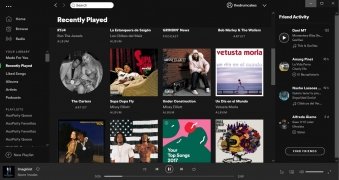 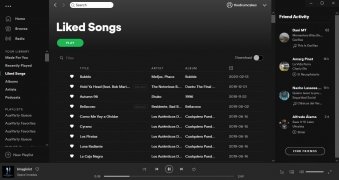 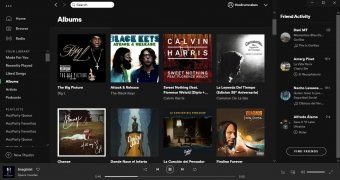 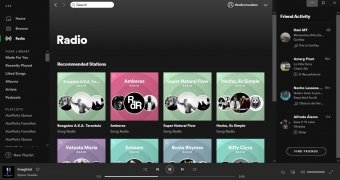 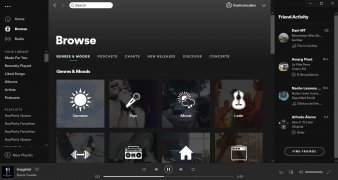 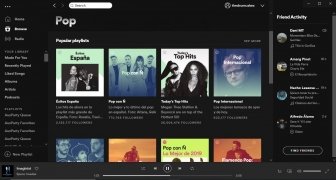 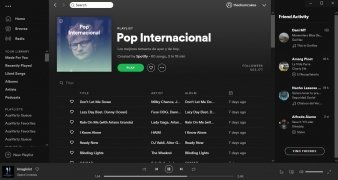 Listen to music via streaming on your PC

Spotify's appearance in our lives less than a decade ago has led to a real music revolution. If before we always chose a pirate approach, as is the case of downloading music to our computer illegally, whether individual songs in MP3 format or full albums in compressed folders, we've now got a much more comfortable possibility: listen to as much music as we want via streaming without having to download anything.

Spotify is to music what Netflix is to TV.

Although the majority of its over 100 million active users usually access the service's web version, you should know that there's a comfortable desktop client that you can download to your Windows computer and from which you can make use of all its functions and features: from searching by song name, artist or album, discovering new music, accessing and creating playlists and listening to hundreds of online radio stations. And, as always, totally free and in a completely legal way, as it's backed by important music companies like Sony BMG, EMI, Universal, or Warner Music, among many others.

How many songs are there on Spotify Music?

At present, this streaming music service has a catalog including over 30 million songs, and thousands more are added every day, so it offers us more songs than we could possibly manage to listen to. Apart from that, we can also import songs from iTunes and play those MP3s already stored on our hard drive.

But, what does that figure mean compared to other services like Apple Music or Google Play Music? Is that a lot of songs or very few? Well, the truth is that all three platforms offer more or less the same number of songs so their features are almost identical in this aspect.

How to be a premium user? What does it mean? How much does it cost?

Until now we've spoken to you about the free version of the Swedish service, but you should know that we've also got the chance to become premium users by paying a small monthly fee which will allow us to enjoy additional advantages:

How can I make the most of all these advantages? From the desktop client, just click on the Subscribe button and you'll be redirected to a web where you have to provide your payment details, whether credit card or PayPal. You've got one month for free, but once those 30 days are over you'll have to pay 9.99 dollars per month.

If quite a few of the members of your family use Spotify, you can make the most of its Family Plan which is basically a pack of up to six independent premium accounts for members of the same household for up to 14.99 dollars per month, which turns out to be quite cheap. At the end of the day, it's the most affordable option, provided that you haven't been able to get any other offer.

Spotify isn't very prone to publishing the changes introduced to each new version of the desktop application but we can confirm that they are mainly focused on improving the performance of the number one music streaming app, renovating the interface, and correcting flaws found in previous versions. Many of the changes also have to do with expanding the catalog of songs and artists to manage to continue competing with other similar services.