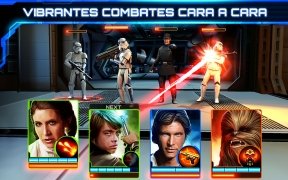 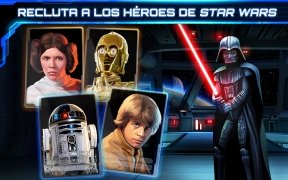 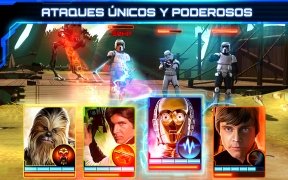 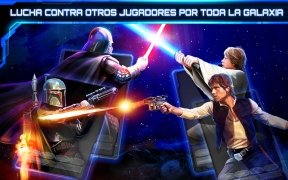 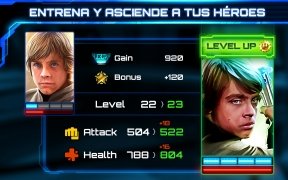 What would happen if Han Solo and Darth Vader were to face each other? And what about Boba Fett and C-3PO? You can now find out with Star Wars: Assault Team, the turn-based combat game inspired on the Star Wars saga in which you'll take part in face-to-face combats. Assemble your own combat team and complete the missions you're entrusted to release the galaxy from the Empire's hordes.

Choose your favorite characters from the movie and build your team.

In Star Wars: Assault Team you'll form teams with different heroes from the movie. Each one of them has skills and attacks that make it different to others, therefore, the strategy to be adopted in your challenges will depend on the members of your team, which has to be take into account as the combats are turn-based. You can train and improve your characters, as well as defeating the game's enemies or other online players.

All the references of classic movies