Enjoy a new game mode with Mario. Eliminate the rest of characters from the screen by jumping on them. You just have to download Super Mario War for free 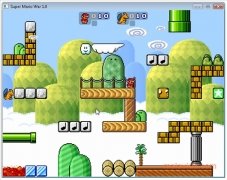 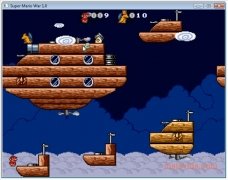 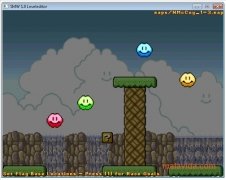 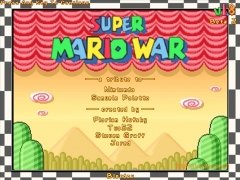 Mario is undoubtedly the most popular Nintendo game character because since he first appeared in Donkey Kong in 1981, he has been the main character of some of the most successful games ever developed by the Japanese company, becoming the major iconic character in video game history.

Kill all the Marios on your screen

Now, thanks to 72dpiarmy we can enjoy a new game mode never seen before in the games about this famous plumber thanks to Super Mario War in a deathmatch mode, trying to beat all other characters to the end.

The objective is to eliminate all the other characters that we come across in each level, allowing us to play against other users or enemies controlled by the computer, individually or by teams.

The method to eliminate our enemies will be the same one that has been used by Mario in all of his games, that is, jumping on top of our enemies' heads, at the end of each level there can be only one character left.

Enjoy Super Mario War, the first adventure of the famous plumber in which the final objective won't be to rescue his beloved Princess Peach.