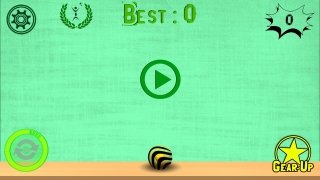 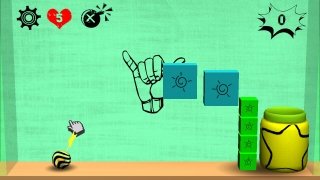 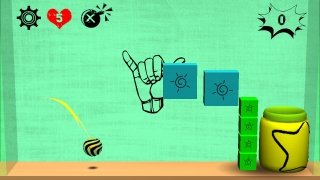 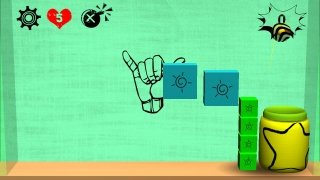 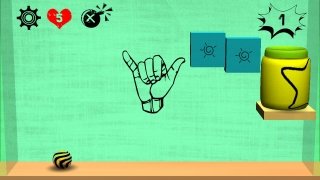 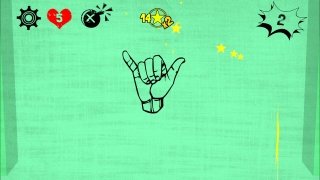 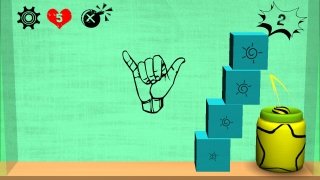 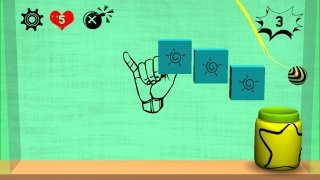 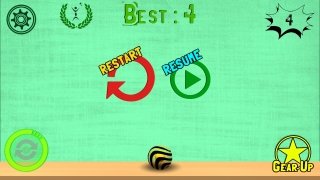 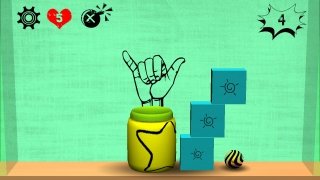 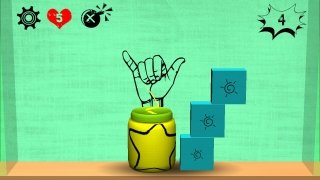 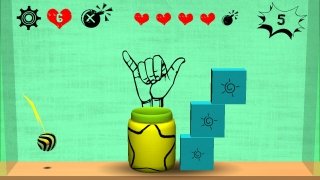 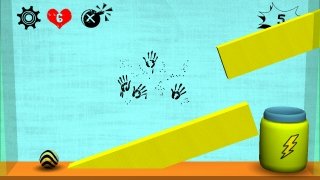 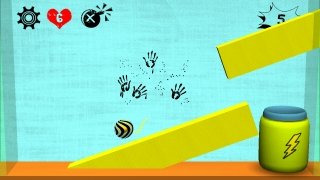 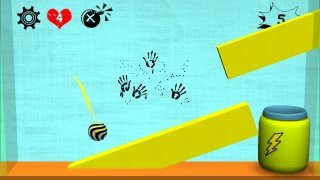 Sometimes, games become a hit, not because of any witty plot or an incredible story. Sometimes, a simple yet efficient idea to entertain and glue users to their screens can be enough. Just ask the developers of Tigerball, with over 5 million downloads of their APK on Google Play and another bunch of downloads from the iTunes App Store in the case of their version for iPhone and iPad. It's definitely one of the most successful games that manage to combine the puzzle and casual genre.

Your goal is very simple: just pretend to be a Michael Jordan, Karl Malone or Kobe Bryant wannabe that will walk around his house trying to get a ball into the container you'll see on each level. Sounds easy, doesn't it? Well, not really.

Your success will depend on several factors, such as your capacity to overcome different obstacles and your skill to do so bearing in mind the behavior of the laws of physics. Because you'll have to throw the ball by swiping your finger around the screen. The direction in which you do so will affect the curve of the ball, whilst the strength applied will have a direct impact on the force of your throw, which will be very important to overcome obstacles or make the ball rebound.

So, you'll come across boxes, walls, beams or ramps that will make sure you don't reach your goal comfortably... And think your moves very well because you've got a limited number of shots.

For the time being, this game is available for Android and iOS, but for the time being there's no official version for Windows PC or Mac. In fact, if you want to play on your desktop you'll have to download this APK and run it on an emulator of the likes of BlueStacks. The latter can be quite comfortable if we want to get greater control over the ball using peripherals such as a mouse or a keyboard.

Tigerball PC 2016.125.1829.0
Other languages
We use our own and third-party cookies for advertising, session, analytic, and social network purposes. Any action other than blocking them or the express request of the service associated to the cookie in question, involves providing your consent to their use. Check our Privacy Policy.