Download Turbo C++ for free, an integrated development environment (IDE) that is also a compiler. Download the latest version of C++ to your computer free 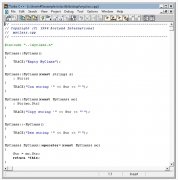 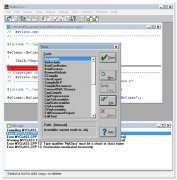 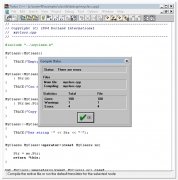 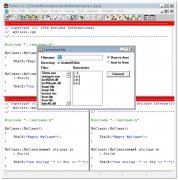 In 1990 Turbo C++ was launched by Borland, an integrated development environment (IDE) that has evolved as time has gone by to offer at all times the latest features in terms of productivity for the developer, evolving the primitive Turbo C for coding in C language.

This premise still prevails. Turbo C++, as well as a splendid IDE for developers that uses the C++ language, also allows you to compile code files programmed in that language. If you need to download a C language compiler you have found the ideal tool: Turbo C++.

A trajectory that has always been faithful to the developer's needs

When it was first launched, this program could only work under MS-DOS. Nevertheless, the launch of newer versions allowed its use with Windows. When you download Turbo C++ 4.5 you'll obtain the last version that appeared of this program, being Windows Vista the last compatible OS.

Logically, time goes by, and Turbo C++ has been replaced definitively by other more advanced tools like Borland C++ and more recently, C++ Builder. Nevertheless, it's still valid for nostalgic developers.

Download Turbo C++ for free, an integrated development environment for C++ that occupies very little space and that also allows you to compile code.