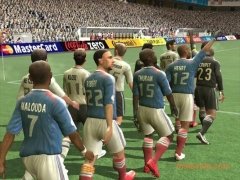 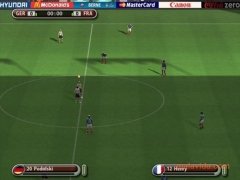 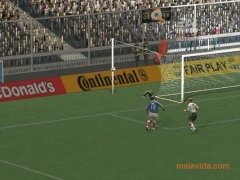 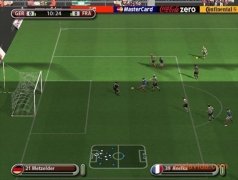 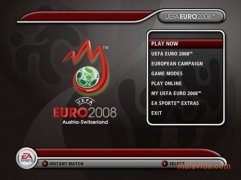 One of the biggest football events in Europe is the UEFA European Football Championship, that brings the most important national teams from the continent face to face, and due to the large coverage and appeal that it generates, EA Sports, one of the most important sport game developers, launches a specific game for this great sporting event, UEFA EURO 2008.

In this great game we'll be able to select one of the 53 national teams that took part in the qualifying rounds that took place before the Austria and Switzerland UEFA European Football Championship and play all the matches that will take you all the way to the final, and the prized trophy.

Among other options we'll be able to find in this game, we will have the possibility to play against other players online, or to play together with three other players on the same team, each one of the players occupying a specific position on the field, in search of a common objective, while at the same time fighting to become the team captain.

As for the graphics, we have to highlight how well recreated both the players as well as the stadiums are, with the possibility to play in the eight official stadiums in which the final stage of the tournament was played with all the players that took part.

Antony Peel
Electronic Arts Inc.
Over a year ago
More than a year ago
635.2 MB