The famous Naruto manga, also an anime, is the inspiration behind Ultimate Shippuden: Ninja Impact Storm, a fighting game with the same plot and characters 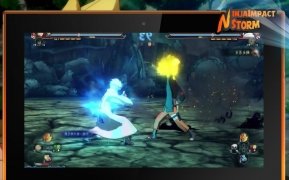 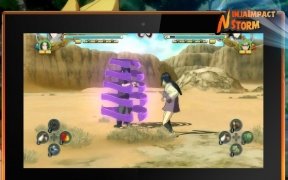 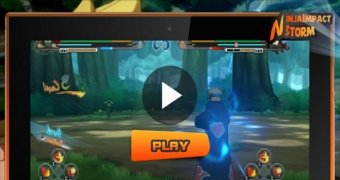 All Naruto fans will find in Ultimate Shippuden: Ninja Impact Storm a really worthy application to be downloaded. It's a fighting game featuring the characters from the popular manga and comes along with excellent graphics and animations.

This fighting game for Android follows the story of Naruto, who has to take on the role of defender of the city facing up to quite a few enemies willing to destroy it. You'll have to fulfill missions which, as you advance through the game, will get more and more complicated.

Each battle will become harder and harder although your character will also become stronger and more skillful. You can make use of power-ups and bonuses which can become very useful on the battlefield. You can also choose between several different characters from the series, being able to unlock even more as you advance.

One of the greatest features of this game are its 3D animations, which make the fighting scenes looking really stunning. Neither can we forget to mention its playability which has been conceived to make games easy to play and enjoy.

Antony Peel
B24 Squad Inc.
Over a year ago
More than a year ago
25 MB