Yahoo! Messenger is one of the oldest programs to chat and send messages around from our Windows desktop. Communicate with all your email contacts 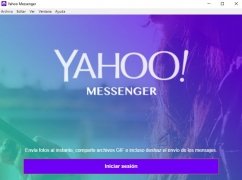 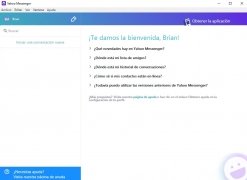 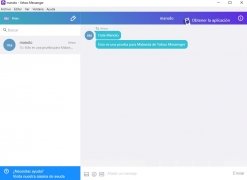 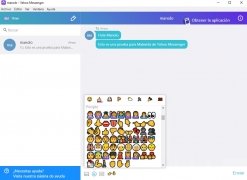 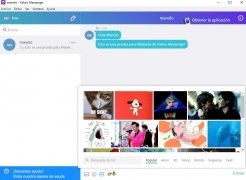 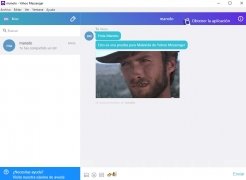 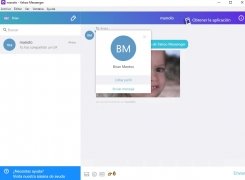 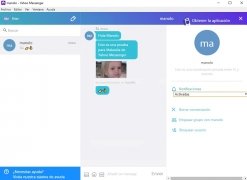 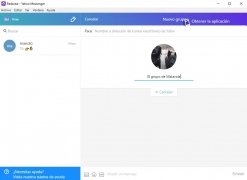 If we go back to the beginning of the Internet, in the mid-90s', Yahoo! occupies a very special place. It was one of the first large companies that grew in this environment and its chat and instant messaging app, Yahoo! Messenger, has been offering its services ever since.

Plenty of time has gone by since those days and this service obviously doesn't like anything like what it used to. Renovated and adapted to modern times, unlike Microsoft Messenger that ended up replaced by Skype, it also comes along with a client for Windows, as well as iPhone and Android applications.

And it might not be as competitive as other apps... for instance, we can't make video calls or send voice messages over the VoIP protocol (a function that it could definitely do with), but it comes along with practical and functional features that, together with one of its greatest advantages regarding other similar services (its huge number of users), make it a long-lasting classic.

Other chat and instant messaging services and applications (Telegram, LINE, Viber...) may have had to put in a lot of effort to gain users but not so much in the case of Yahoo! because it already had hundreds of millions of users in its email service even before Google launched Gmail.

Chat and communicate with your email contacts.

These are the main functions offered by this app that doesn't intend to be a possible alternative to WhatsApp or any other application but simply the messaging app for the contacts you've already get on Yahoo!:

It has been almost 20 years since it was created and first released, and there still people who haven't stopped using it ever since 1998. Previous versions of Yahoo!'s chat no longer work because they decided to renovate the app and network in 2016. Now you've got to download this app, the functions of which are totally free, and log in with your email address. At least you can import all your contacts at once.

Yahoo Messenger Android 2.11.1
Other languages
We use our own and third-party cookies for advertising, session, analytic, and social network purposes. Any action other than blocking them or the express request of the service associated to the cookie in question, involves providing your consent to their use. Check our Privacy Policy.