Octane is one of the Apex Legends characters that you have to unlock if you want to play with him. We'll explain what you have to do to choose him in your games 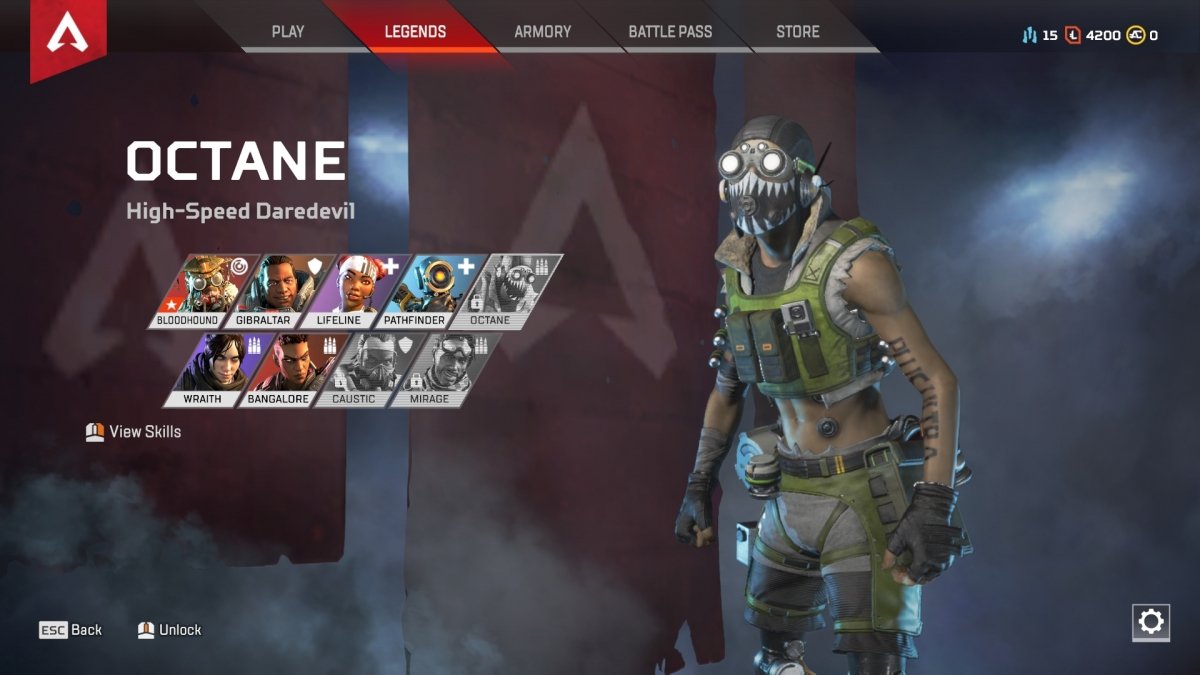 In Apex Legend’s first season, a new Legend makes landfall in the Ring, called Octane. Octane joins Mirage and Caustic as one of the three characters that can be unlocked in an extra way, so that only some players can use him.

How to unlock Octane

The recipe is the same was with Mirage and Caustic. That means there are two ways to unlock him:

How to play with Octane

And just as with the other Legends of the Ring, this new character has three special abilities (one passive, one tactical and an ultimate ability):

Octane is not for beginners. His speed and style of play are a little like Wraith, who is also intended for more experienced players. On account of that devilish speed, Octane can be thought of as a typical role-play game rogue.

The strategies to follow when playing with Octane is to use stealth and do ambushes. Thanks to his Stim (which you should only use if you have a level 2 shield or above), you can run like the devil and shoot at the same time, which should tip the balance in your favor if you play your cards well.

So far as weapons to use with Octane go, perhaps SMGs are what work best with his quick style of play, attacking from distance. What this character needs to win is fast reloading and lots of power.