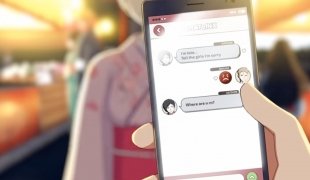 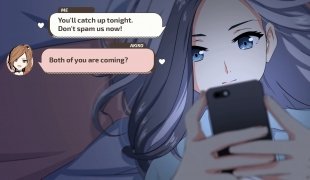 No one can deny that cell phones have changed the way individuals interact in many ways. The best proof of this is flirting: once you have drawn the attention of the male or female, all you need to do is message him or her via WhatsApp to start a courtship ritual that may culminate in mating. In the olden days, you had to call the desired partner at their home phone, facing the possibility that it was one of the parents who picked up. Now, that was putting your life on the line.

A love adventure via text messages

ChatLinx offers a less romantic idea of love, albeit more modern. Here, you will put yourself in the shoes of a girl who flirts with several boys at the same time and has to decide which one steals her heart. Something like those shabby TV realities shows with much silicone and steroids, but via WhatsApp messages and with Japanese aesthetics. Pretty gross, huh?

Anyway, you have to make decisions that will lead you through different paths. These are the main features of this love and adventure game for Android:

Susana Arjona
Webelinx Love Story Games
Over a year ago
This year
89.5 MB