Hello Neighbor, the trendiest horror game, has arrived on Android so that you can discover on your phone the secrets hidden by your shady-looking neighbor 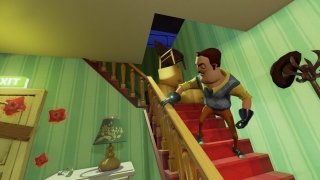 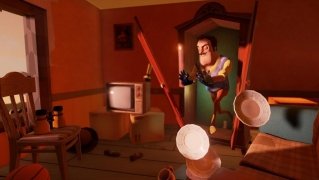 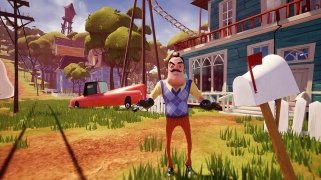 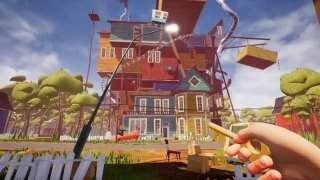 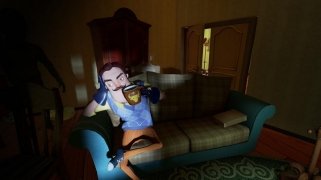 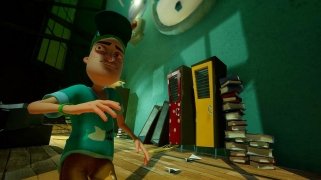 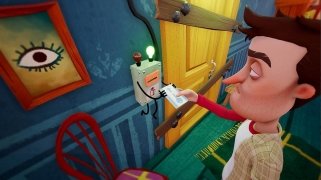 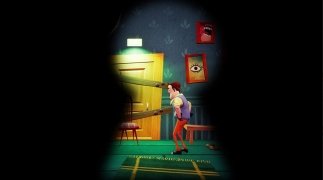 Ever since its release for PC back in 2015, Hello Neighbor has become a huge indie video game phenomenon. Now, after also being a hit on consoles such as Nintendo Switch and PlayStation 4, it has just landed on mobile platforms. That's why we're now introducing you to the APK version for Android.

It's exactly the same stealth horror game with controls adapted to the touchscreen of our smartphones and tablets. A game that, as you probably know, is rather different from what we're used to seeing in this genre: no darkness, no monsters hiding in the shadows, no blood... The game offers us some cute cartoon graphics but still manages to give us a hard time.

What's the plot of Hello Neighbor?

The main character has just moved to a pleasant residential area but something is not quite right... There's a strange neighbor that seems to be hiding something in his basement. Our target is quite clear: we'll have to sneak into our neighbor's house without getting caught and discover all his hidden secrets. For such purpose, we'll have to search for every single object necessary to advance and use all sorts of tools capable of opening locked doors, closed windows or knock down walls. All the latter, with plenty of tension, frights, and shocks as we can't forget that we're talking about a horror game, not only an adventure title.

Enter your crazy neighbor's house, unveil his secrets, and manage to escape unharmed.

For the time being the game is fully adapted to mobile devices and the controls are very sensitive. However, very few users can enjoy playing it as it's only available for Android 7.0 and above and only runs on certain smartphone models. In the comments, many users are complaining that not even a Samsung S8 Plus is capable of getting it to work. We might have to wait a bit and be patient with the developers.

Hello Neighbor iPhone 1.07
Other languages
We use our own and third-party cookies for advertising, session, analytic, and social network purposes. Any action other than blocking them or the express request of the service associated to the cookie in question, involves providing your consent to their use. Check our Privacy Policy.