Crysis is a spectacular shooter in which you will have to save humanity from the aliens. Download Crysis for free and use all your weapons efficiently 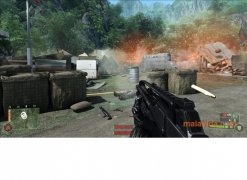 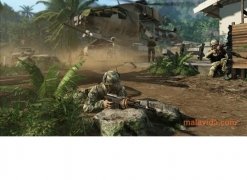 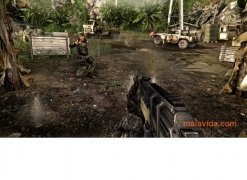 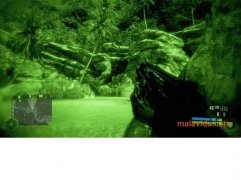 It's the year 2019, and a strange discovery in North Korea has forced your squadron to infiltrate on an island to search for and investigate the strange phenomena that are happening there. You reach hostile territory and suddenly the island blows up. An alien invasion has just started. But don't worry, you are wearing an exoskeletal suit that will help you to get out of deep water.

The demo of one of the best shooters of all time

This is how Crysis starts, one of the games that revolutionized the shooter genre in 2007, with a set of very high computer requisites (even though nowadays they are somewhat more acceptable) and with an incredible amount of innovations and improvements, that makes it a milestone in gaming history.

The first thing that is sure to catch your attention when you play is its graphic quality, even nowadays there are few games that have better graphics, due to the fact that only the most powerful computers can handle Crysis without any problems due to the kilometers of totally detailed territories that it includes, its shadow and light technology and the possibility to interact with all the elements that are in your environment.

So, now you know, if you want to save mankind from an alien invasion, dressed in a suit that gives you superhuman powers, and all this with totally awesome graphics, this demo of Crysis will allow you to feel what it is like.