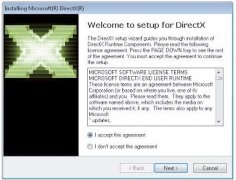 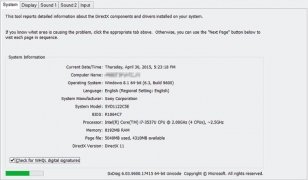 Back then, the release of Windows 95 meant an important step forward in multimedia capacity, especially in video games. With such an increase in the multimedia possibilities, Microsoft decided to launch DirectX, a collection of API's aimed at developers in order to simplify the development of software.

DirectX has gradually evolved since then and its eleventh version, DirectX 11, released in October of 2009 is used on Windows Vista, Windows 8, Windows 8 and 8.1, and Windows 10.

It brought along the graphical and audio technology for many of the most stunning PC games that we've played over the last few years. Regarding previous versions of the likes of DirectX 9 and DirectX 10, it offers us a greater efficiency making the most of the modern processors and greater sophistication in terms of textures and shadows. The result: graphics that are much more realistic.

In this API, we'll find the following components:

The result of bringing together all these components is the following list of functions and features: