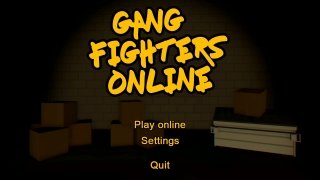 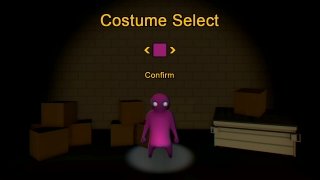 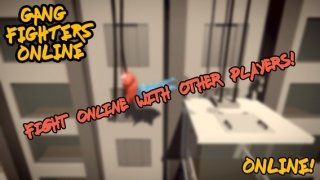 Although it's true that Street Fighter, Mortal Kombat, Tekken or Virtua Fighter and their sequels marked an era that gave way to loads of imitations (some of which were very worthy) in the field of fighting video games. However, quoting Bob Dyan, times have changed and platforms like Android and iPhone are now more flexible and less traditional when it comes to a genre of the likes of fighting and martial arts games.

The proof can be found in the APK of this game, Gang Fighters Online. As you can gather from its name, it's an online multiplayer game in which different gangs take part. Apart from that, all the usual aspects in this kind of title: start the game, choose your fighter and get down to the arena to start fighting with players from all over the world.

Nothing new up to here. So what makes this game so special? The game's characters are soft jelly-like heroes, that can be deformed and modified with each kick, punch, and lock. And the scenarios are set around the city in which you can jump down elevator shafts, climb down cables, jump off balconies... or just push your enemy off any of these settings.

Turn your city into a ring where you to can kick the ass out of soft rivals.

This isn't the only jelly fighting game that we can play on smartphones and tablets. But it has become a big thing, so if you were waiting for a Street Fighter comeback thank the millennials for this game and other alternatives of the likes of Gang Beasts Online.