In LEGO Batman you will have to take on the role of Batman, but this time around with LEGO pieces. Download LEGO Batman and live incredible adventures 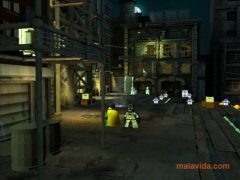 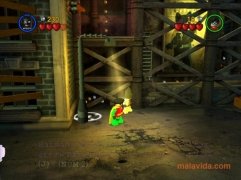 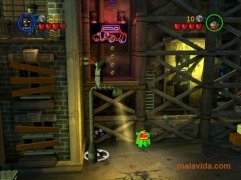 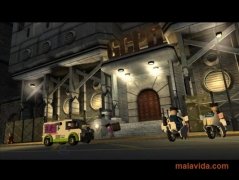 It seems incredible how these plastic block construction pieces have become one of the most sold toys worldwide, and it seems even more incredible how they have now managed to become important also in their computer game version, but the truth is that LEGO Batman is the fifth title of a saga of adventure games that include titles like LEGO Indiana Jones and LEGO Star Wars II that have managed to earn themselves the general acknowledgement of the public with their entertaining adaptations of classic films.

Play with a Batman made with LEGO

This time around it is time to tell the adventures of Batman and Robin, with a new plot that hasn't been taken out of a film, comic or game based on the Dark Knight. In the game, we will have to save Gotham City from the evil plans of our enemies, that threaten with spreading chaos and destruction all over the place.

To be able to finish all the objectives of the game, in the free game mode we will have to personify more than 20 characters that take part in the game, including our enemies like Joker, Catwoman, Riddler or Penguin. As it happens with the rest of LEGO games, we will fight our enemies using vehicles as well as the general characters, with the possibility to take control of the Batmobile, Batboat and Batwing.

Take control of a LEGO Batman, and help him fight against his enemies, in this intriguing and hilarious adventure with our favorite construction blocks.

Antony Peel
Traveller's Tales
Over a year ago
More than a year ago
437.6 MB