LEGO Star Wars is a platform video game based on the classic saga by George Lucas, this time around with LEGO blocks. Download LEGO Star Wars on your PC 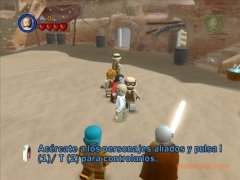 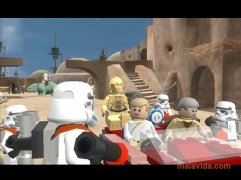 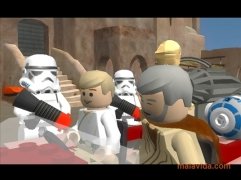 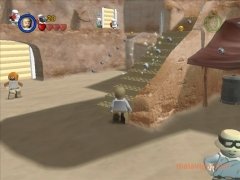 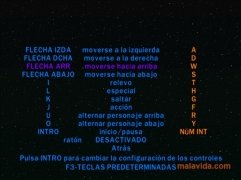 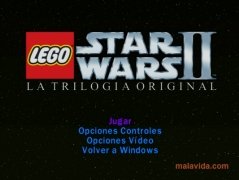 LEGO is probably one of the best-known toy companies in the world, while the Star Wars movies, by George Lucas are probably some of the best-known films of all times. Both have been combined as an original and entertaining game, that will offer us a different perspective of the adventures of Luke Skywalker and his friends (the characters from the first trilogy).

The original saga (Chapters 4, 5 and 6) is the main base of LEGO Star Wars, during the game we will have to take control of various of the most important characters of these famous Science Fiction films, like Darth Vader, Luke Skywalker or Princess Leia. Moreover, in this second part of the video game, we will be able to pilot some of the most emblematic vehicles from Star Wars.

The combination of LEGO figures (including personalization options), a platform game and action has, as a result, a very entertaining and original game, because it is something totally different to what had been seen up until now in the games based on the renowned film saga, in a really original environment that is only integrated by LEGO blocks.

Antony Peel
Traveller's Tales
Over a year ago
More than a year ago
437.9 MB

LEGO Star Wars Mac 2 The Original Trilogy
Other languages
We use our own and third-party cookies for advertising, session, analytic, and social network purposes. Any action other than blocking them or the express request of the service associated to the cookie in question, involves providing your consent to their use. Check our Privacy Policy.