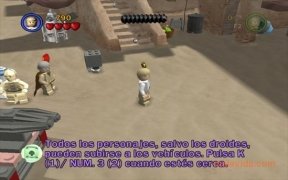 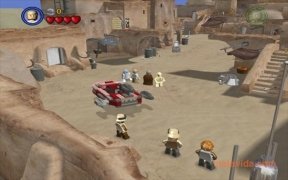 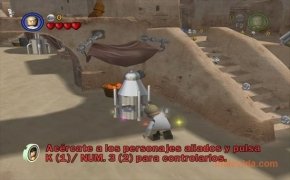 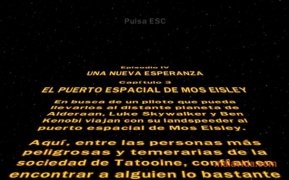 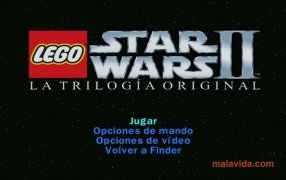 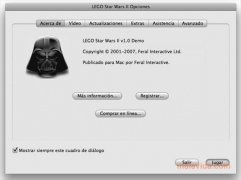 The Star Wars film saga created by George Lucas has led to many computer games over the years, but very few of them have been adapted to the computers by Apple. But that isn't the case of the game that we have here, LEGO Star Wars 2 The Original Trilogy.

This game, based on the original film trilogy, uses bricks from the famous children game LEGO to create the entire universe created by Lucas. Thus, thanks to this game we can take on the role of Luke Skywalker from the beginning of his adventures in Tatooine to the epic final battle with Emperor Palpatine.

As well as Luke Skywalker, we'll also have the chance to play with other famous characters from the films like Han Solo, C-3PO, R2-D2 or Princess Leia, but not only will we be able to play with the good guys, thanks to the coins that we will pick up in the different levels, we will also be able to buy different bud guys, like Darth Vader or Boba Fett.

With regard to the graphic level, we have to state that the game manages to captivate the player with a great image level, and also with a set of movies from the films that recreate the beginning and the end of each of the episodes. The sound uses music and effects that have been taken directly from the films, providing the story with an even better backup.

So, if you want to enjoy a game that has captivated a large number of players all over the world on your Mac, download and try out LEGO Star Wars 2 The Original Series.

Antony Peel
Feral Interactive
Over a year ago
More than a year ago
408.4 MB

LEGO Star Wars PC 2 The Original Trilogy
Other languages
We use our own and third-party cookies for advertising, session, analytic, and social network purposes. Any action other than blocking them or the express request of the service associated to the cookie in question, involves providing your consent to their use. Check our Privacy Policy.