Snoopy Pop is the typical game about bursting bubbles featuring the main character of Peanuts. Your mission is to save all the birds trapped inside of them 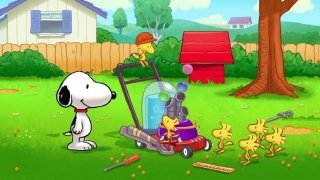 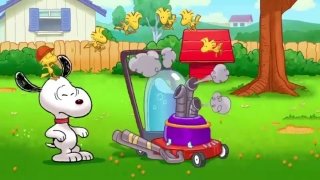 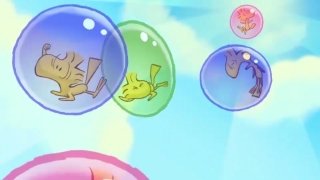 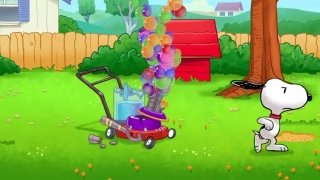 The comic strip Peanuts (also known as Charlie Brown and Snoopy), created by Charles Schulz in 1950, became a great hit mainly due to its two charismatic characters, on the one hand, a kid called Charlie Brown, and on the other, a Beagle called Snoopy.

It's precisely the dog who brings a dose of fantasy to the plot with his famous sayings that diverge from Charlie's philosophy and reality, and that's what made it so famous. To such an extent that it has become a pop icon in all sorts of scopes.

The game based on Peanuts for Android is developed by Jam City.

Well, this game combines the world created by Schulz with a Puzzle Bobble type game: as you already know, the bubble shooter that's all about bursting bubbles of the same color on a panel. The issue is that the birds, Woodstock, and company, who are friends of Snoopy, are trapped inside of them and it will be up to him to release them. But for such purpose, he'll have his own bubble shooting machine as well as help from different characters (Charlie, Linus, Patty, Sally, and Lucy).

These are the main features you'll find in Snoopy Pop, a bubble shooting game for Android:

Once you download this APK, you won't have any trouble at all learning how to play: as you already know, as if it were a match 3 game, you need to shoot bubbles of a certain color towards an area that already contains another two of the same color. All the latter, making sure the bubbles don't build up and reach the bottom of the screen.