Teeworlds is an entertaining online game in which you will have to eliminate your enemies using several weapons. Teeworlds is a shooter in two dimensions 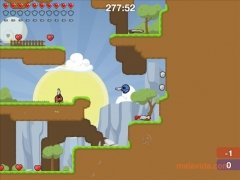 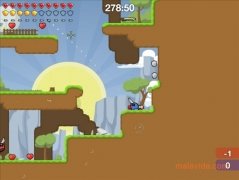 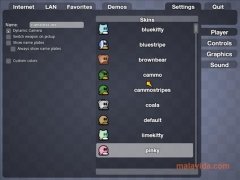 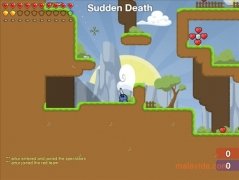 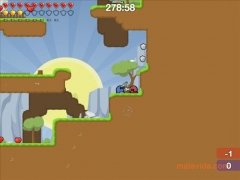 Teeworlds is a peculiar action game in which small animals with childish shapes fight for survival. It's an online game, the objective of which is to beat your enemies using several weapons. Create teams, get hold of weapons and shields and shoot your opponents.

When you launch the game you will have to choose between the players that are connected at that time and if you want them to be part of the pink or blue team. You'll be a small character that moves around a combat arena formed by platforms, in which you will have to shoot at your enemies to manage to win. While you take part in the combat you will find hearts that will make you recover life and shields that will protect you.

In Teeworlds you'll have a wide range of weapons available to take part in the battles: a mace, a gun, a rifle, a grenade launcher, and a plasma laser gun. With these weapons, you will only have to aim and shoot at your enemies. You'll also have the chance to chat with your opponents, or with the members of your team, to create a strategy that will help you defeat your enemy.