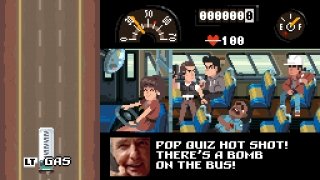 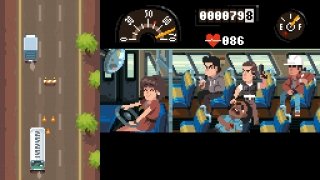 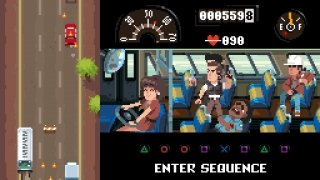 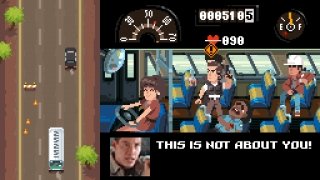 Everyone remembers the blockbuster hit from the 90s' Speed, one of the movies that helped Keanu Reeves and Sandra Bullock to reach their popularity. In this movie, a bus has to drive around Los Angeles at over 50 miles per hour because the character played by Dennis Hopper had placed a bomb that would explode if the speed dropped below that figure.

You'll definitely be busy in Terminus

Well, we can have the movie's entire essence back thanks to Terminus, the retro game that has needed two decades to come along. However, it' definitely not as easy as you probably expected.

Especially because you're going to have to do two things at the same time: on the one hand, keeping an eye on the speed and direction of the bus, and on the other, taking control of Keanu, who will have to interact with the passengers, calming them down and making sure they don't get too nervous.

Will you be able to do it all at once? All the latter with a graphical aspect from back then in which pixels and bad resolutions were the real in thing.

Antony Peel
Tribute Games
Over a year ago
More than a year ago
8.7 MB